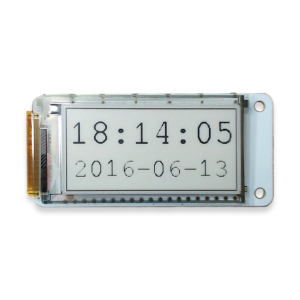 We wrote about the first eInk display for Raspberry Pi released by Pi-supply on Kickstarter one year ago. Awesome creation, but now the new launch of a dedicated e-ink HAT for the newborn Pi Zero is showing big selling numbers!

Since the launch of the original PaPiRus on Kickstarter, we’ve come to realise how popular ePaper screens HATs are for hobbyists and makers. This has led to the development of PaPiRus Zero for the Pi Zero.

ePaper is a display technology that mimics the appearance of ink on normal paper. eUnlike conventional displays, ePaper reflects light – just like ordinary paper – and is capable of holding text and images indefinitely, even without electricity. Because of this, ePaper displays and single board computers or microcontrollers are a match made in heaven as together they use a very small amount of power whilst still bringing a display to your project.

You can make many projects with Pi Zero and its e-ink display, like this smart meter by Frederick Van Den Bosch.