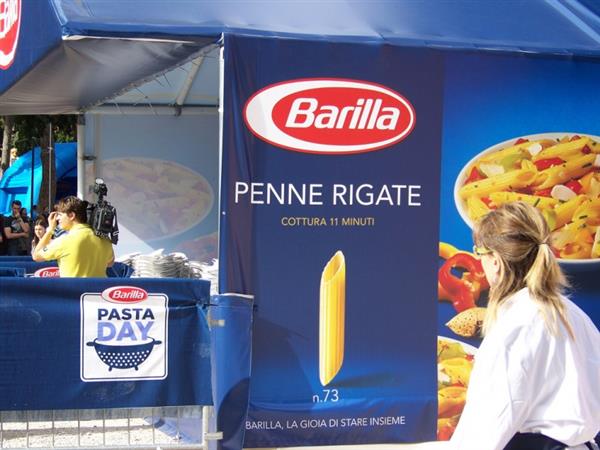 If you’re planning to visit Expo 2015 in Milan, Italy, don’t miss one of the most representative dishes of the italian cookings made by a dedicated pasta 3d printer, directly brought to the exhibition by Barilla, the world famous pasta maker brand!

While 2015 has already brought forth numerous interesting sneak peeks of upcoming 3D food printers, most of those focus on chocolate and cookie dough. That’s exactly why the 3D pasta printer announced by Italian pasta giants Barilla more than a year ago is so eagerly awaited. For this isn’t a novelty for the occasional desert, but this pasta printer could actually take up a significant role in our everyday diets. And it looks like that long wait will soon be over, as Barilla has already reached the stage of showing their creation to the public.

Experts from Berilla are very confident about their product and believe that even the traditional Italian pasta society will eventually accept the new production method and the exciting new possibilities it brings. As Antonello Balestieri, CEO of 3D printing experts and collaborators on this pasta printer Thingarage, explained: ‘As for pasta, I am pretty sure that in Italy it will be appreciated. It’s true we are a traditionalist population on this matter, but we are also a population of innovators and curious people. So I am sure that this will be one of those things we will be experiment with pleasure.’

Source: 3ders.org – Pasta maker Barilla to show off its 3D pasta printer at the Milan EXPO 2015