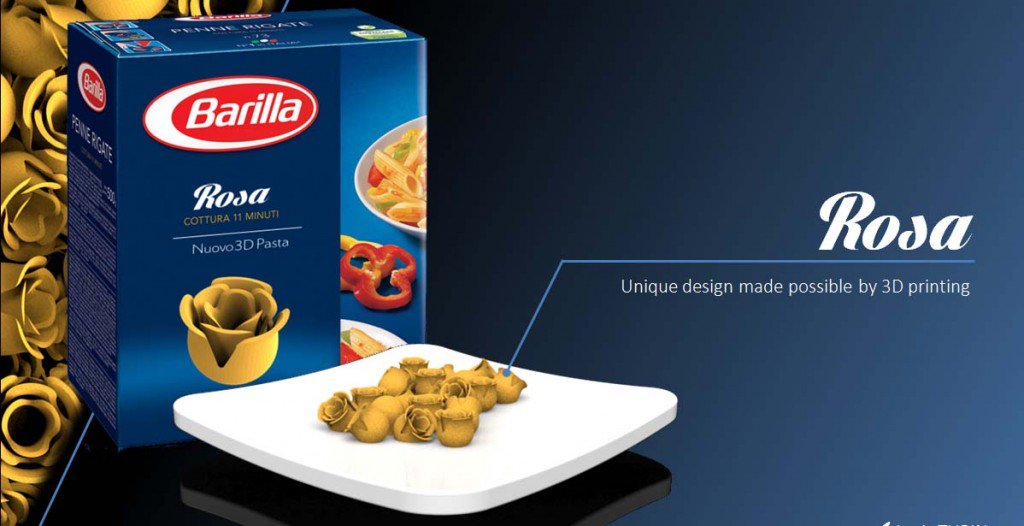 On December, 2014 Barilla launched a contest to get ideas about new 3d-printed pasta:

More than 530 international product designers from more than 20 countries took up the challenge, producing 216 design concepts to be evaluated by a team of experts tasked with assessing the originality of the products.The winners each received a cash prize of €800, and they were:

At that time, it took more than 20 min to have a dish printed. Nowadays, thanks to a partnership with TNO Eindhoven, Barilla is close to print 20 pieces of pasta every 2 minutes, so they are near to pasta on-demand printing!

In a close future, we will have our pasta printer at home, purchasing pasta cartridges and the 3D design of a new “spaghetti” from Barilla… 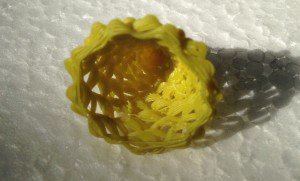 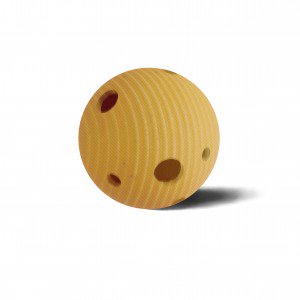 Fast printing thanks to TNO