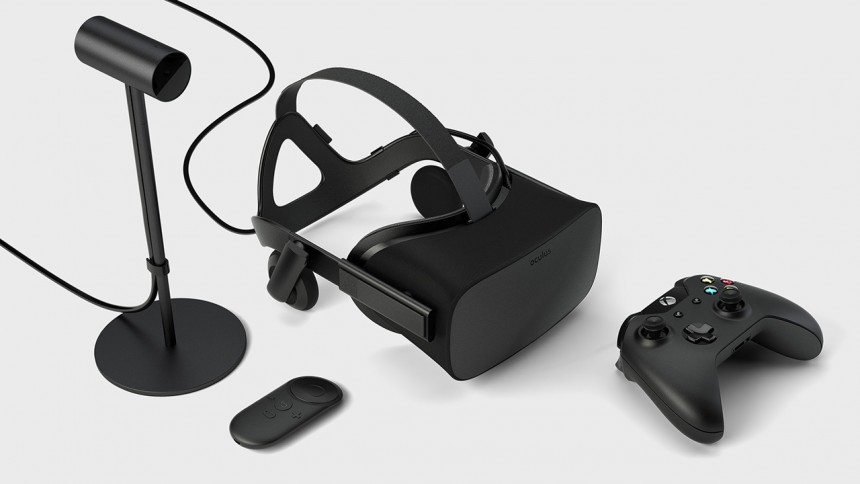 The Rift headset isn’t cheap, though, setting back would-be pre-orderers a tasty $599 (~£410). That doesn’t include US tax, nor shipping – which will be considerable for global orders. However, for that money you bag yourself the Rift headset, an Oculus Remote, Xbox One controller, EVE: Valkyrie and Lucky’s Tale, as well as all the necessary cables – so it’s not a shockingly bad deal.

A final release date for Rift hasn’t been given, but the earliest shipping date is 28 March meaning it should hit general sale in late March/early April.

Light enough to hold in one hand, the consumer Rift will come with one 2,160 x 1,200 OLED screen, split across both eyes; a pair of built-in headphones; a black fabric-wrapped frame; and will be designed to allow those with glasses to use the Rift without problems.

The Rift also comes with a small camera on a stand, designed to track your head movements to create an immersive, 3D environment while you play.

All what we know so far about the oculus rift is available here: Oculus Rift release date, features and price: Oculus Rift pre-orders now open and final price revealed | Alphr