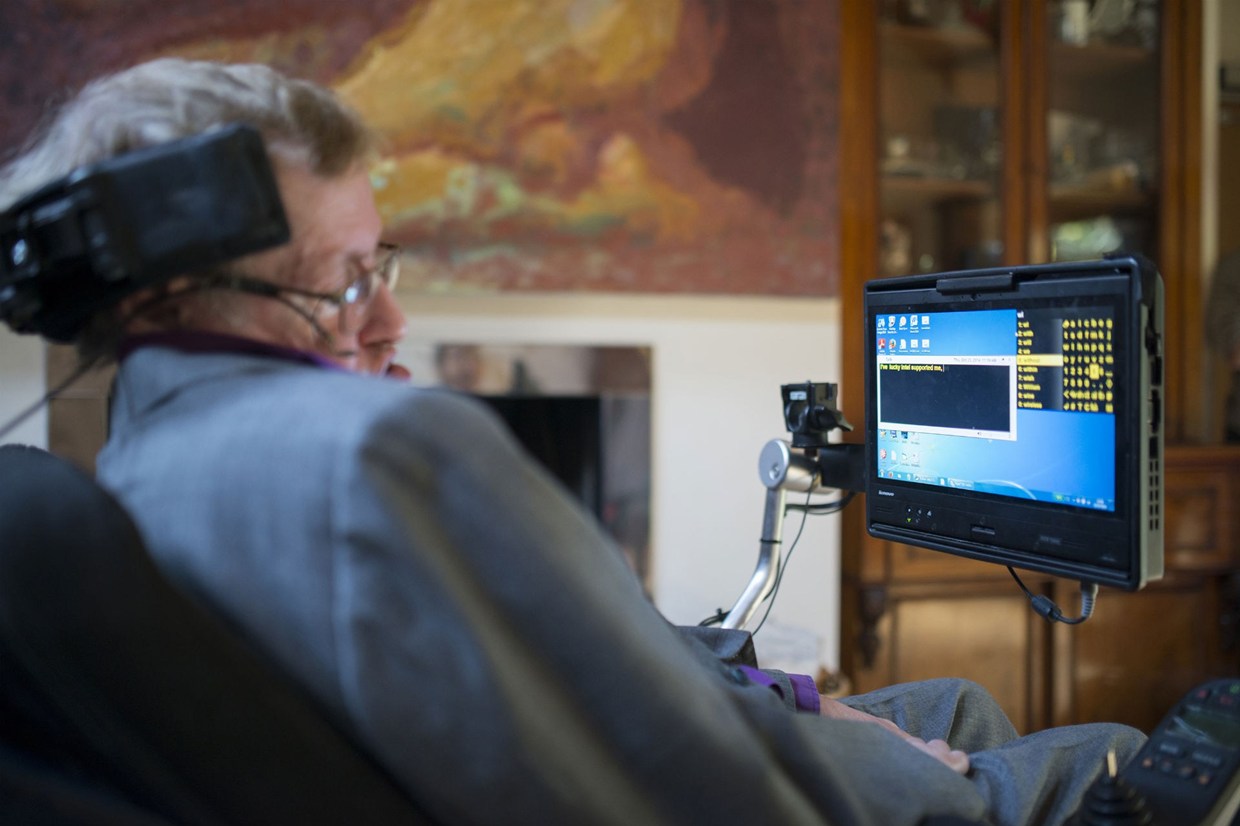 Wired Uk published an interesting post after having interviewed the famous scientist Stephen Hawkings, on his system helping him communicating and interacting with the world around him:

In December 2014, Intel revealed that it had been working with Professor Stephen Hawking to create a new system to help him communicate and interact with the world around him. In an unprecedented move, the company also announced that it would be opening up the platform to the international research community so that it could be adapted for the three million people suffering from motor neurone disease and quadriplegia.

“As we started to work on this, we realised that we could also impact a larger group of people,” says Lama Nachman, speaking at WIRED Health in London about developing the platform.Nachman points out that redesigning Hawking’s system wasn’t about providing more computer power, but finding a way to enhance the system he was using in a way that would allow him to enjoy the same experiences he had become used to.

“He wasn’t interested in something revolutionary; he wanted something similar to what he had but that could solve a lot of problems,” says Nachman.

The team at Intel was faced with the challenge of changing the software interface without making it unfamiliar. “If you think about a Windows system or any graphical interface  it assumes people can easily move around,” says Nachman. “When you are using mouse simulation that is clearly not the case.”

The team spent time with Hawking and his carers so as to understand how he used his system. “We’ve come to understand all of these common functions that he does on a daily basis,” says Nachman. From there the researcher managed to reduce the number of interactions it took to complete a simple task, turning opening a file from a three- or four-minute operation to a ten-second operation.