Convert Your Printrbot Play in a Mobile 3D Printer! 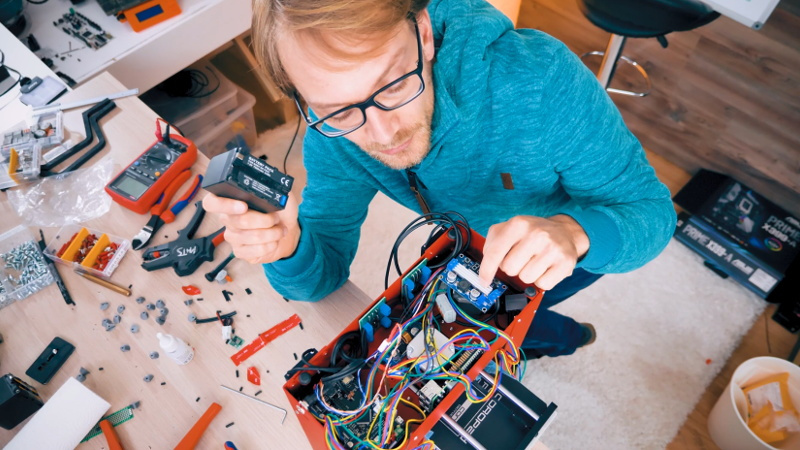 Not content with a 3D printer that spends most of its life in a basement workshop or home office, the YouTuber Thomas Sanladerer decided to build a completely mobile 3D printer. He modified a small inexpensive unit to run on battery power and with WiFi access point onboard to control it with a smartphone.

Sanladerer chose the Printrbot Play for this conversion because the sheet metal frame is incredibly sturdy. Printrbot has unfortunately gone out of business, but they built some very robust 3D printers. That means it can be carried around without throwing the axes off square. The Printrbot Play also doesn’t have a heated bed, and only consumes about 30W of power.

Battery power for the modified 3D printer is supplied by six 7.2 V Sony NP-F batteries attached to the back that give up to 6 hours of 3D printing on the go. Charging and power is routed through three DC/DC converters – one of which feeds 5 V into a Raspberry Pi running the OctoPi Raspbian based OS and another that ups the voltage to the 12 V required to run the printer.

With the printer running on batteries, all Sanladerer has to do is connect to the access point and start printing whatever STL files he likes.

Further information are available in the following video: