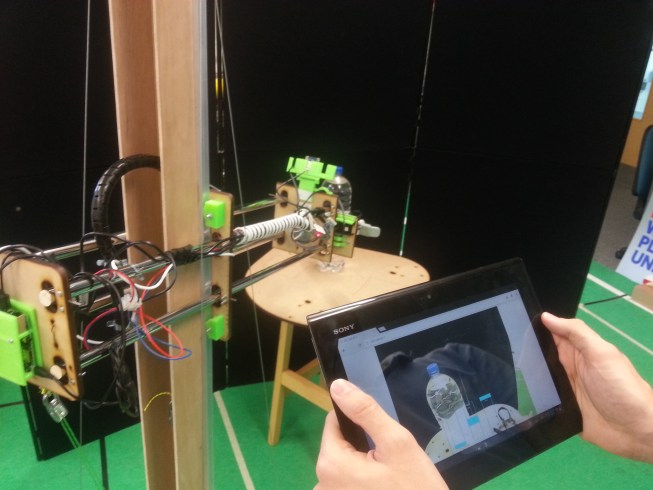 The Cheap Arm Project (CHAP) began as an MSc project aimed at developing an affordable mobile robot arm system that could be used by wheelchair users to access daily objects at inaccessible heights or weights (the extreme case being 2 litre bottle). It’s a low-cost, open source, 2 meter tall robot buildable for under £2000. 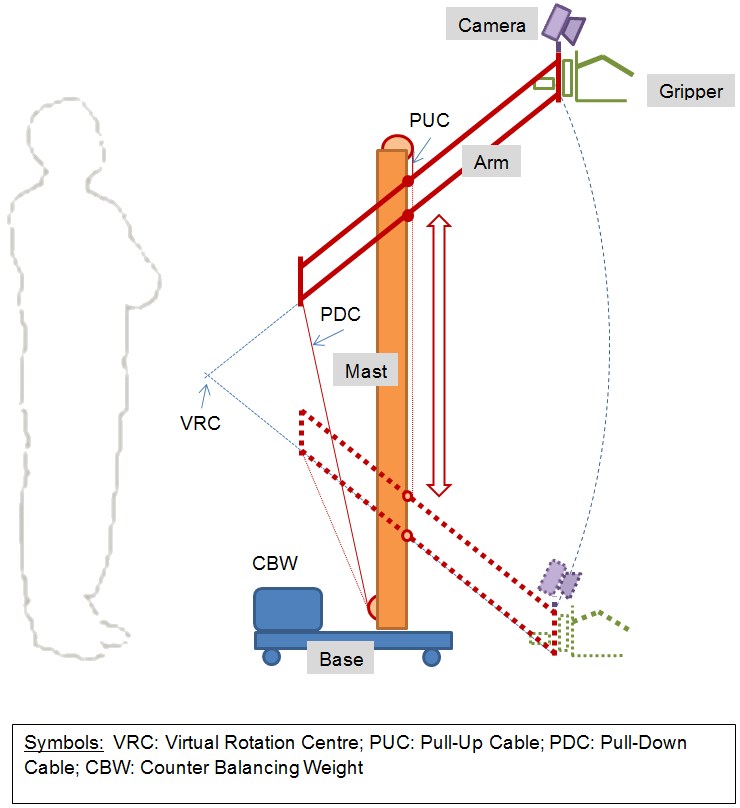 Now the project has turned open source in the hope that community members will attempt to construct their own CHAP robot.

CHAP stands out with its use of 3D printed parts and wood.

It is powered by a human brain, so CHAP’s Raspberry Pi was programmed in Python to host a local web page to enable tele-operation from any connected device, all accessible through a WiFi hotspot also hosted by the Pi. This was an important design choice as it removed the need for platform specific apps and associated costs, simultaneously simplifying deployment and testing.

Many adjustments can be made to make this project cheaper, such as using lower cost motors.

All code and hardware parts are available on Github CHAP page, improve or simplify what you prefer and start to build your own CHAP!