Building a streaming device with HiFiBerry and Raspberry Pi 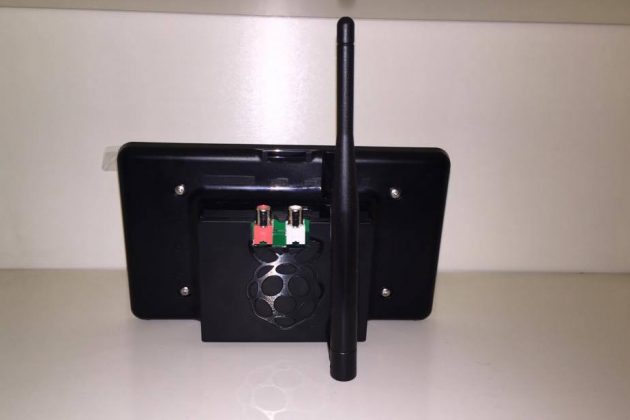 A great project based on HiFiBerry, one of the best DAC available for Raspberry Pi, and obviously a RPi 2 or 3.

The components used by Jorg Schwieder, creator of the iPeng famous audio project, are:

An additional challenge was that the touch-screen case didn’t have cutouts for the RCA connectors, so I had to do a little sawing, too, which was easily done using a normal jigsaw.

The result just looks like a touch-screen frame from the front. To beautify things up a bit, I added angled connectors (the Pi has all connectors at the top of the case), the gold-plated RCA connectors add to the overall appeal.

Because the intended placement required the use of WiFi but had somewhat poor reception, I also added a big external antenna.

The result was just as good as I had hoped. Easy to setup and maintain and gives me just the great sound I had hoped for.