An Arduino Platform to Hack and Automate Xbox controllers: ABXY

The ABXY is an interesting expression of a super niche project (heavy Xbox gamers). It’s basically a “rapidfire and Macro platrform” for (hacked) Xbox controllers.

It is a hardware board that can be installed inside a controller and the software needed to program the board. ABXY uses the Arduino bootloader to upload programs onto your controller through the use of a Microsoft Charge ‘n Play Cable. We also have provided a Library to interface with the controller to use in the Arduino IDE. With over 60 functions and counting to read input from the buttons and output artificial presses, the ABXY is well supported. So much of the software side of things is hidden and therefore makes it very easy for anyone to use.

via ABXY – An Arduino platfrom for the Xbox 360 controller by Kevin Houck — Kickstarter. 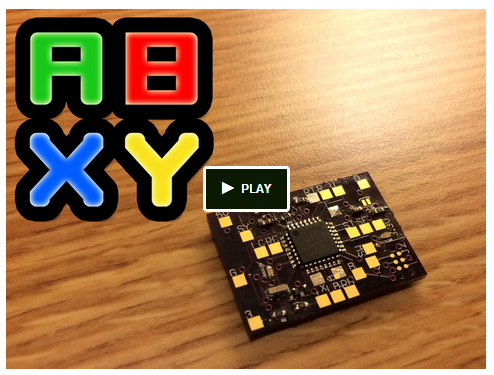