We are used to seeing clocks with 7-segment displays which, through the switching on and off of some LEDs, form the numbers. This project is different, in fact instead of the LEDs we find stepper motors that, by setting the rods in motion, allow the visualization of the numbers as if it were a classic LED display. 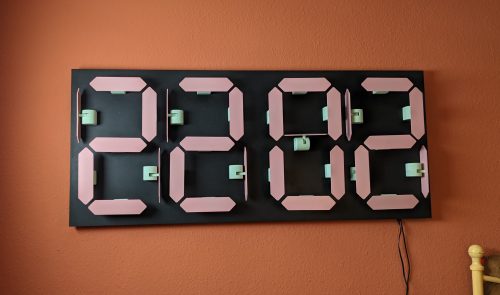 The circuit is based on 4 Arduino Nano, one for each digit, 28 stepper motors, with its ULN2003 controller and 16 7HCT4094 8-bit shift registers. Of course it is also possible to use servomotors instead of using the stepper motors and integrated circuits just listed, adapting the circuit and the code.

The 4 Arduino Nano communicate with each other via the I2C bus, one of which acts as a Master and receives the time from a DS3231 module.