While some people love that the Raspberry Pi can help them build an awesomely far-fetched device that’s perfect for showing off (but sits on a shelf after the build), others would prefer to make devices that they can use every day. In this article, we’ll discuss some things you can make out of a Pi that are actually functional. Perhaps this will allow you to justify this single-board computer in your mind, or help you explain why this device is so interesting to others. 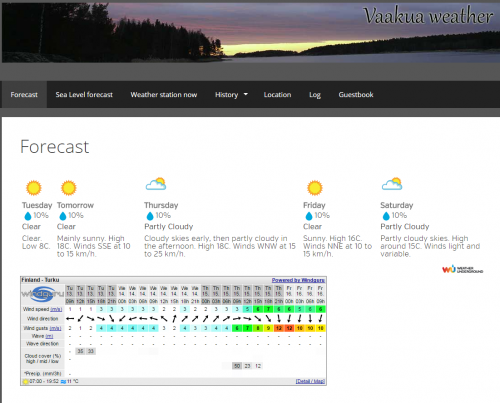 What’s the weather like today? Sure, you can tell if it’s raining or snowing with a quick glance outside, but should you wear a sweater or a heavy coat? To help with this decision without traipsing out in the cold for further observation, you can make a weather station using a Raspberry Pi, along with commonly available sensors that can detect local conditions such as temperature, humidity, pressure and even wind speed. To get started, you could use a tutorial like this Raspberry Weather guide, which allows you to set up your own personal website for this info. 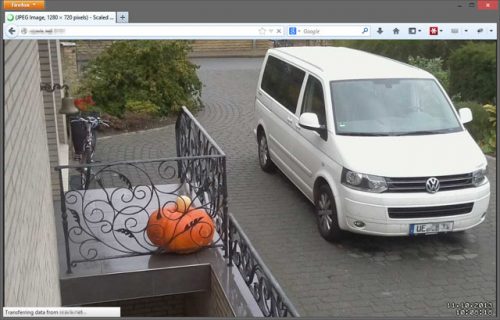 As outlined in this tutorial, you can use a Raspberry Pi and its image sensor as a security camera, allowing you to see a live stream of what’s going on in a web browser from anywhere, and record video as a file. Given the Pi’s versatility, you can have it perform actions such as sending you alerts when motion is detected, or even use facial recognition to only send out an alarm if an unknown person walks up. The linked tutorial involves the Original Raspberry Pi Model B, but today’s Pi3 is much more capable, allowing for an even greater range of functions and image processing. For that matter, the Raspberry Pi Zero, or Zero W can even be used, allowing you to stuff it into a very small (formerly) fake camera housing to let people know that they are being monitored. 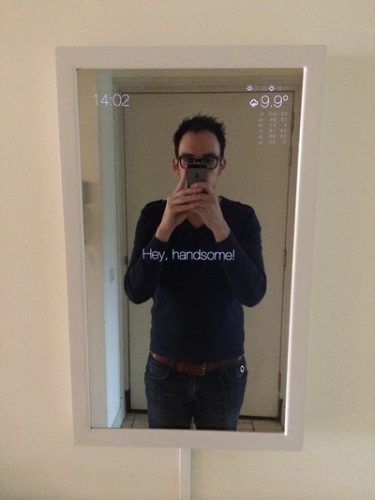 While a “magic mirror” may sound fanciful, what could be better than an actual magic mirror? As seen here, this model by Michael Teeuw not only visually shows you if you need a haircut (as an actual mirror), but can also display the weather outside, tell you if you need to empty your dishwasher, and even give you a heartfelt compliment. The trick here is one-way mirror that allows a Raspberry Pi and monitor hidden behind the glass to display characters and icons to the user, while the mirror remains reflective for normal use. Since code is readily available, the hardest part will likely be physically assembling the mirror itself. 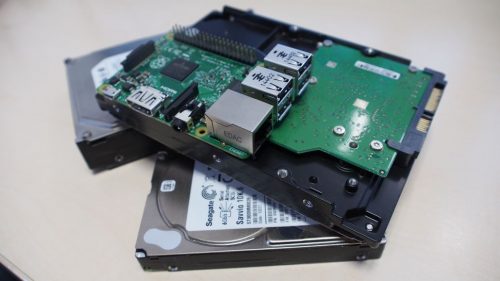 If you’re tired of carting files around your house on USB drives and the like, it might be time to upgrade to a network attached storage (NAS) device. A NAS is simply a computer on your network that you and fellow network mates can store and pull files from, allowing instant access to the file, movie or song that you’re looking for. The inexpensive and low-power Raspberry Pi makes an ideal platform for one of these devices. As outlined here, it’s easy to set up with the OpenMediaVault distro, specifically made for this platform. It even lets you use several disks in a RAID (Redundant Array of Inexpensive Disks) configuration for increased reliability and data throughput. 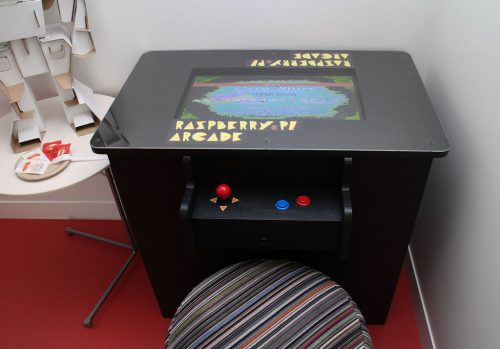 While video games might not be “practical” in the strictest sense, if you define this as something you’ll actually use more than the one time to show to your friends on the Internet, then this would certainly qualify. Depending on how comfortable you are with non-software DIY skills like woodworking and wiring, you can build one entirely yourself, like this beautiful cocktail arcade cabinet, or you can buy a kit like the PiCade to take care of the physical build details. Another option would be to simply set up RetroPie or another emulator and attach it to your own TV or monitor. As small as the Pi, or even Pi Zero is, you could even attach it behind your TV, hiding it out of sight until it’s time to play! 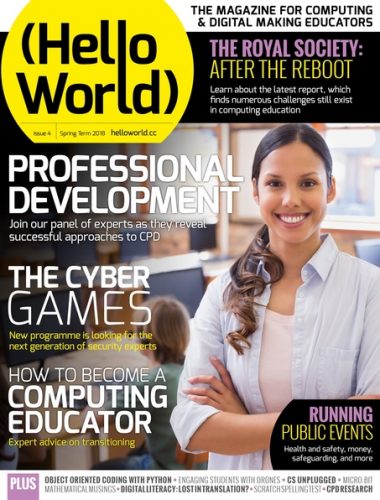 While there is a wide variety of practical uses for the Raspberry Pi, it was originally conceived of as a teaching tool for computer science, and they support these efforts with various resources on their website. At prices ranging from $35 for the Pi 3 down to $5 for the Pi Zero, it’s hard to imagine something better for programs with limited budgets. In addition to simply being inexpensive, it works with a variety of programming tools, and has readily accessible GPIO pins. This means that students can not only get a program to print “hello world,” but could also have it blink a light, or even move a robot under sensor control. It’s certainly a dream come true for educators and curious students alike. 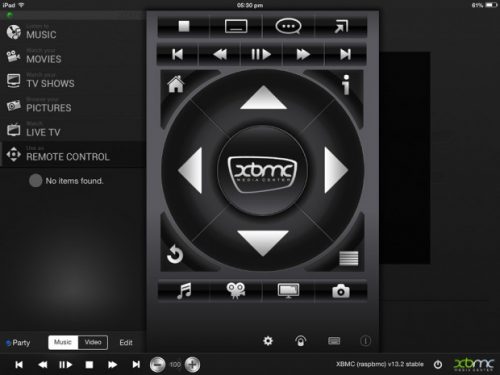 Devices like the Roku Player, Apple TV and Google Chromcast provide incredible options for streaming media from the Internet. On the other hand, you’re generally limited to using them in the way that these companies intended. With a similar price tag to these other devices, or even much less in the case of a RPi Zero W, a Raspberry Pi can function as a media streaming device, pulling local content from an SD card via your network (see the instruction). The one rather substantial catch is that services like Netflix can have trouble running on this setup. 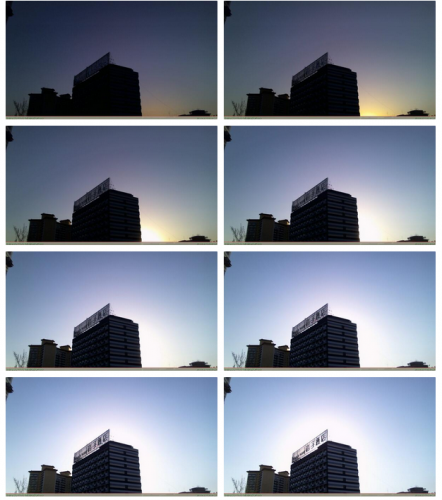 With an array of GPIO pins, the ability to interface with cameras, and a large amount of storage via the onboard SD card (and various USB-based options), the Raspberry Pi devices present a wide array of possibilities for research. In addition to these capabilities, their diminutive size means that they can be hidden as needed. At a cost of between $5 and $35, if one needs to be sacrificed it won’t also obliterate a research budget. Raspberry Pi boards have been used to study everything from crabs, to cockroaches, to changes in weather and air quality.

Like retro-gaming, brewing beer might not be considered “practical” in the strictest sense of the word, but as a hobby enjoyed by many, it’s certain to have some entertainment value beyond simply seeing if it can be done. As seen in this BrewPi setup, to control brewing you need a hacked refrigerator, a BrewPi Spark that handles the interface between the Pi and the fridge/fermenting chamber, and a Raspberry Pi that runs a web server, which allows you to monitor and control your brew. 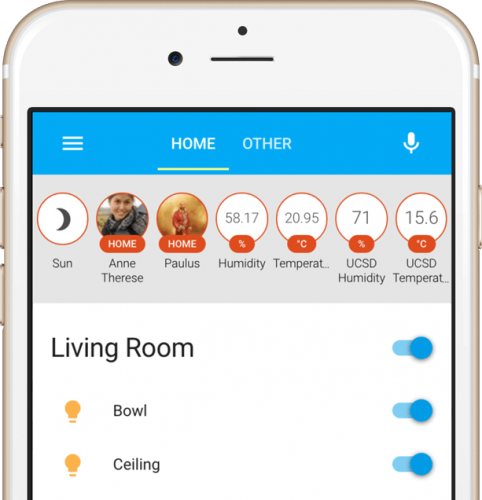 There are many options when it comes to home automation. For a convenient central hub to everything, the Raspberry Pi has you covered. This can be set up many different ways, but one option that can run on a Raspberry Pi is the Home Assistant home automation platform, allowing you to track and control your smart devices. Depending on your setup, you can log onto the Pi from a remote location, but if you need to access the device locally, you can also install a physical dashboard. Another option would be to get your Pi to control devices with its GPIO pins via a relay interface or similar. In any case, when you’re dealing with DIY electrical wiring, be sure you’re adhering to local codes and not putting yourself in any sort danger.

While engineers might not yet be ready to trust critical machine processes to a Raspberry Pi, as with scientific research, they present very interesting capabilities for systems monitoring. One of these devices can be set up to monitor and store data from industrial machinery via data from its GPIO pins or Ethernet interface, and record the process visually via a webcam or similar. Depending on your process needs, the system could even be used to store video and system data before and while a bad part is made, allowing engineers to see the problem in detail and take action to correct it. 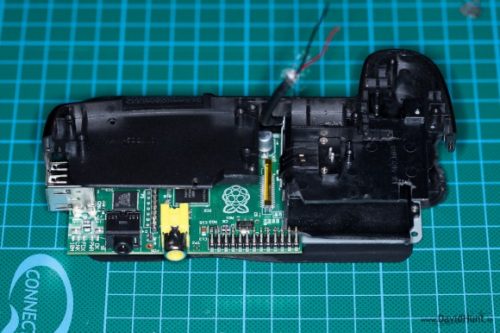 When you want to take a “normal” photo, you point your device, and press the shutter button. While that is perfectly acceptable 99 percent of the time, there are situations where you need things done a little bit differently. For this, the Raspbery Pi makes an excellent companion, and as shown here, a full-sized Pi can even be shoved into a battery grip with a little modification. This enhancement allows the Pi to transmit files wirelessly, take GPS readings, time shots automatically, and even modify images on the fly. 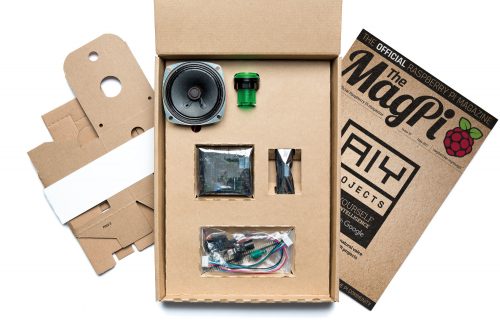 As the Raspberry Pi gives you an alternative to “traditional” media streaming boxes, it can also be used to power a virtual voice assistant. Shown here, there was actually a Google AIY Projects kit included with Raspberry Pi’s MagPi magazine in issue #57. It gives users everything needed, such as a Voice HAT (Hardware Attached on Top), microphone and speaker, to convert a Raspberry Pi into your own Google Assistant. Not to be left out, you can also implement Amazon’s Alexa service on your Raspberry Pi. You’ll just need to gather your own microphone and speaker, and set up the software correctly. You can also make a Pi AIY without the official kit, but you’ll need to put in a little more work to get things to function correctly. 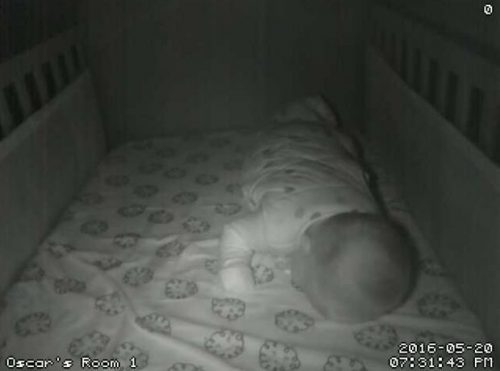 If a Raspberry Pi can be used as a security camera, there’s no reason that it can’t also function as a baby monitor. As seen in this write-up, a Raspberry Pi-based monitor can not only stream audio and video to parents across the house, but can be set up to detect temperature and humidity, and even monitor baby movements via the webcam software used. While it might not help when walking the baby around the house for another hour to induce sleep, the device is also set up to pipe stats to a service called Splunk that turns this data into nice graphs of baby movements and environmental conditions. 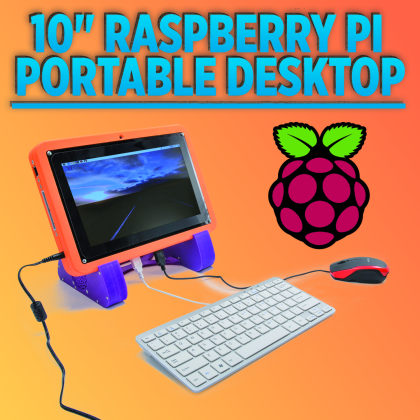 All the uses listed here are of course interesting, but at its heart, the Raspberry Pi is a computer. As such, you can literally hook it up to a monitor, attach interface devices like a keyboard and mouse, and do such “normal” computing tasks as surfing the Internet, word processing or programming. You’ll even find a stripped-down version of Minecraft on your Pi when you install the Raspbian operating system to keep you entertained. Depending on the case/monitor/accessories that you use, and what you have available, this can be an extremely cost-effective computing device. A different option is to buy a laptop with a Raspberry Pi as its heart, or you can even build one yourself on the cheap… out of cardboard!

If you’ve read this far, you’ll be well armed with interesting and useful applications the next time someone questions the utility of these little boards. With so many different ways to use these devices, there’s an application for everyone.

You can learn more about Raspberry Pi projects here.

Zach Wendt and Jeremy S. Cook are engineers who enjoy tinkering with projects. Zach, with Arrow Electronics, has a background in consumer product development. Jeremy writes for a variety of technical publications.