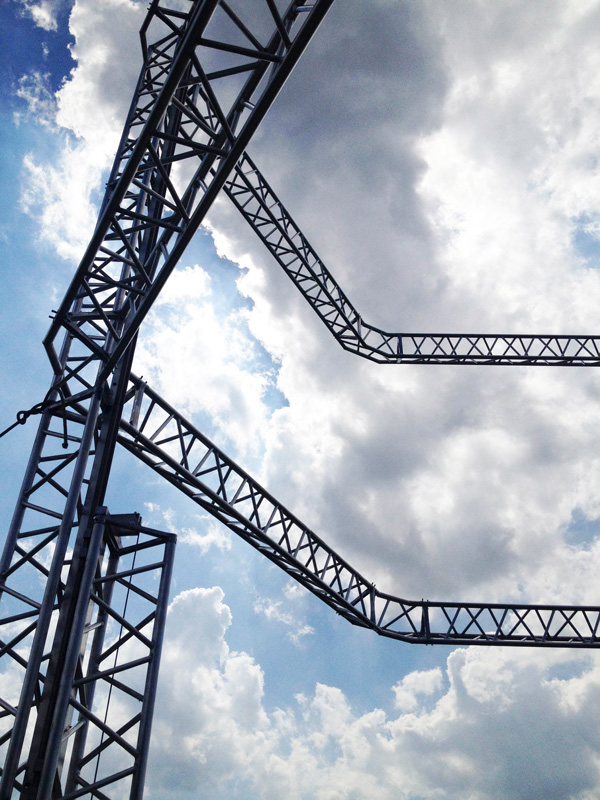 The concept of a house 3D printer raised a real worldwide interest and many other makers started working to similar projects.

Today, Massimo Moretti founder of WASP 3D printer project, becaming famous for his delta printers modified to print with clay and concrete (he could 3D scan and reproduce some Pompei statues and artworks to safely exhibit them around the world), will show in September/October two incredible machines!

The first is a 12 meter tall delta 3D printer, designed and made to print houses!

The world’s largest delta 3D printer – standing at 12 meters tall – is no longer just a research project but it is now a reality, entirely made in Italy. The team behind this project is WASP, a Ravenna based enterprise, leader in the world of 3D printing.

Building BigDelta is much more than a dream come true if we consider that , by 2030, international estimates foresee a rapid growth of adequate housing requirements for over 4 billion people living with yearly income below $3,000. The United Nations calculated that over the next 15 years there will be an average daily requirement of 100.000 new housing units to meet this demand.

The researches that we developed to build the BigDelta 12 meters led us to improve our compact 3D printers, we always said it:
the way is looking far and working near.
We owe a lot to this project in this sense too, it was the engine that powered the enthusiasm and the research in the last three years. This important landmark is not the end of our path, our dream became wider.

The second will be a 5 meters tall concrete 3D Printer, shown at the incoming Maker Faire Europe in Rome, held on October, 16th-18th .

Can’t wait to see it!