Windows 10 Running On A Raspberry Pi 3…Will It Work? 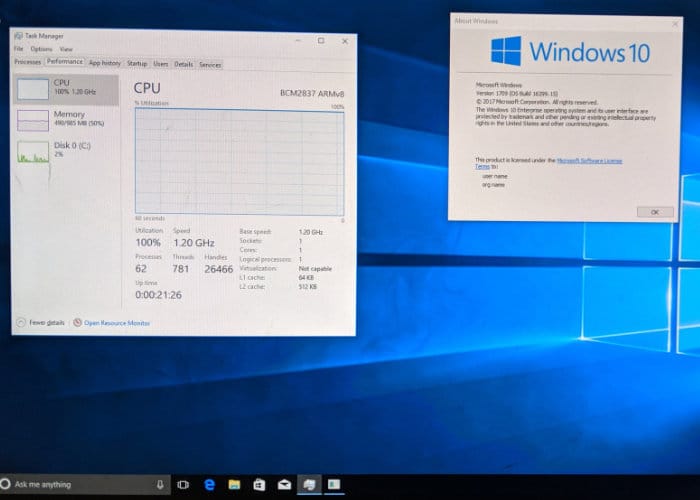 We are not talking about the cutdown Internet of Things version of the Windows 10 operating system, but the full version of Windows 10 desktop edition built for the compact computer’s ARM64 architecture..

Bas didn’t divulge all the details involved in installing and getting the Microsoft latest Windows 10 operating system on the mini PC but its definitely a move in the right direction.

Unfortunately, due to a lack of firmware support, only one core from the four within the Pi 3’s ARM Cortex-A53 can be utilised, and this core is being pushed to maximum constantly. An error message from the Windows installation on the Raspberry Pi mini PC published on Twitter seems to be caused by missing processor instructions rather than any incompatibility with the Raspberry Pi hardware.

Hopefully we won’t have to wait long until the small $35 computer is capable of running the Windows OS with a simple install process. 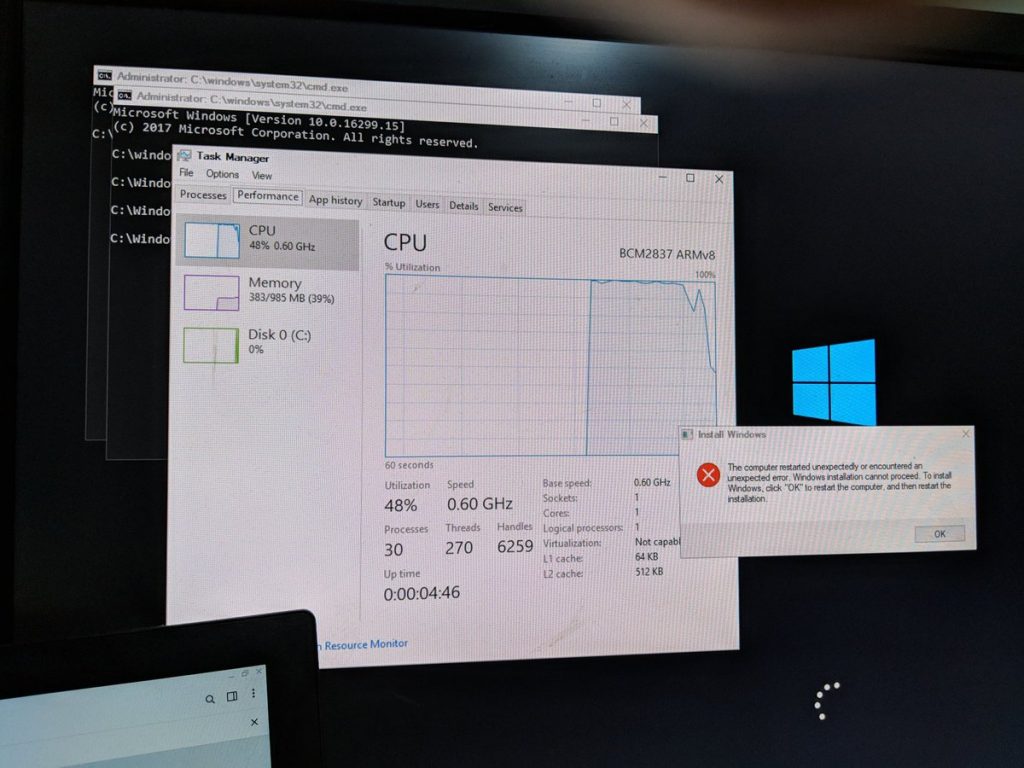