The n-th filament extruder on Kickstarter

Tim Elmore is a PhD student at the University of Florida studying Mechanical Engineering. His experience with 3D printing, and having to buy filament, is what spurred his interest in creating a filament extruder. He did his research on all of the extruders mentioned above and refined their designs to create an alpha unit; four of those units were sent to makers for testing. Their feedback led to the beta version, of which 12 were sent out for testing. After hundreds of hours of operation and plenty of feedback, Tim put the Filastruder on Kickstarter, where it was funded in an hour. That gives some indication to the high demand for such a machine.

Let’s hope this doesn’t get stuck on Kickstarter! (the campaing did pretty well!) Ships at 499$ apparently. 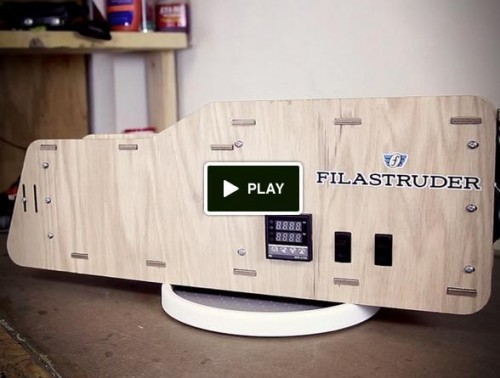