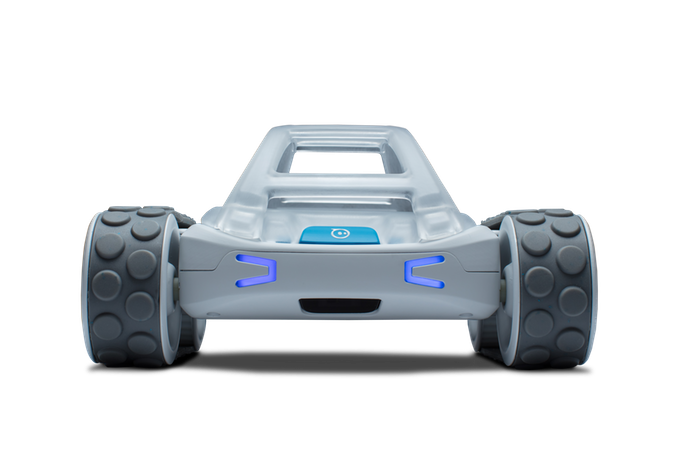 Sphero, a Colorado-based robotics company is out with a new DIY robotics platform. Called RVR, the robot looks a lot like an RC car, only it’s infinitely hackable and designed to entice coders of all levels to come up with imaginative use cases, a departure in a crowded field of STEAM products aimed solely at beginners.

For a US $199 Kickstarter pledge, this looks like a very solid little robot, carefully thought-out and designed to be rugged and durable. It comes with an ambient light sensor, RGB color sensor, 9-axis IMU, IR sensors, magnetic encoders for the wheels, and a bunch of LEDs. The obvious thing that RVR is missing is a camera, but that’s probably because it’s designed to be hardware expandable, with integrated power and data ports that make it easy to add a Raspberry Pi or Arduino or other sensors or hardware.

Sphero already has its own ‘Edu app’ coding ecosystem in place that can grow with your skills, starting with a graphical interface and then moving on to a Blockly-looking interface that gives you more options while still handling much of the tricky bits. Beyond that, you can program through various languages, including Java and Python.

Sphero RVR (pronounced “rover”) launched on Kickstarter this week to great interest, surpassing its $150,000 goal in less than 24 hours.