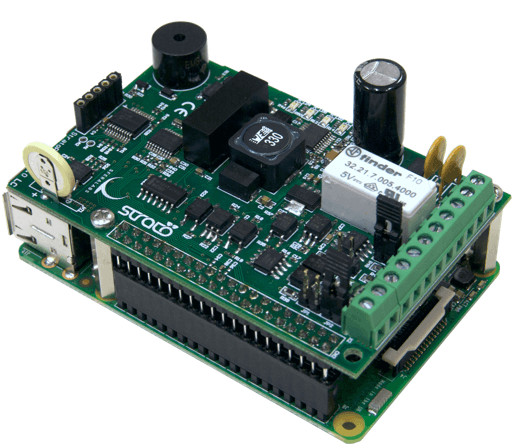 Sfera Labs has launched its latest Strato Pi RPi add-on for the Raspberry Pi 2 or 3, the Strato Pi CAN.
Like its siblings, the StratoPi CAN provides a wide-range power supply and galvanically isolated RS-485 transceiver port, and it adds a CAN bus interface and a relay.

Like the other Strato Pi models, including the entry level, 40-Euro Strato Pi Mini, the Strato Pi CAN provides a buzzer, a real time clock with back-up battery, and a wide-range power supply. In this case, you get a 9-65VDC input rather than 9-28VDC.

The Strato Pi CAN lacks the RS-232 port available on the Base and UPS models, and it does not include the UPS model’s uninterrupted power supply. However, it adds the CAN port, which is based on the Microchip MCP2515 controller and MCP2561 transceiver. Sfera Labs says that MCP2515 is fully supported by the SocketCAN framework on Raspbian and other Raspberry Pi Linux distributions.

The Strato Pi CAN is further equipped with LEDs and a relay. It also supports EN61000 and EN60664 standards for electromagnetic compatibility, electrical safety, and emissions. 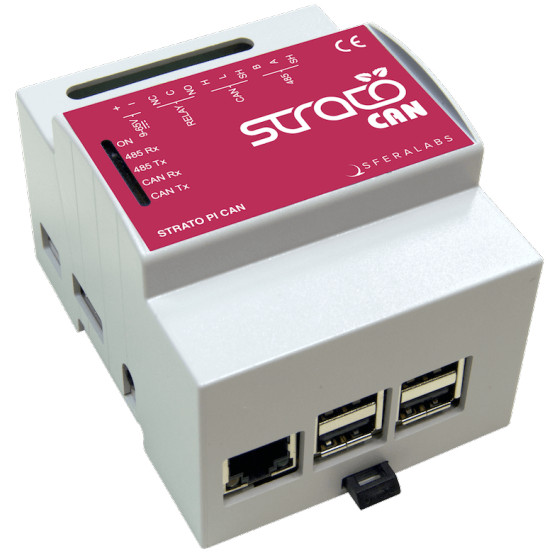