The team behing Robohand created this very rugged and strong 3D printer called Robobeast … just to leave no doubts behind :)

Apparently this can print while being kicked :)

The Mark of the Beast in 3D Printing Technology

With the advances in technology moving so quickly, when Rich had the idea to create a rugged, robust 3D printer he could not afford to waste time with months and years of research and prototyping.

Within 2 and half months, Rich and the Hacker community had designed, sourced, built and prototyped Robobeast.

The spark that started the fire burning came in the form of an idea to have a solar powered 3D printer that could operate without the use of a computer for introduction into third world countries; a 3D printer that could accommodate all the files necessary to grow various sizes of Robohand.

via Robobeast 3D Printer | The Mark of the Beast in 3D Printing Technology. 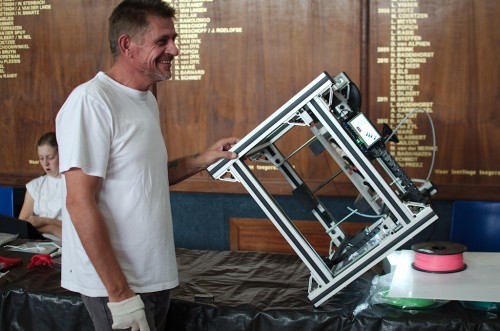