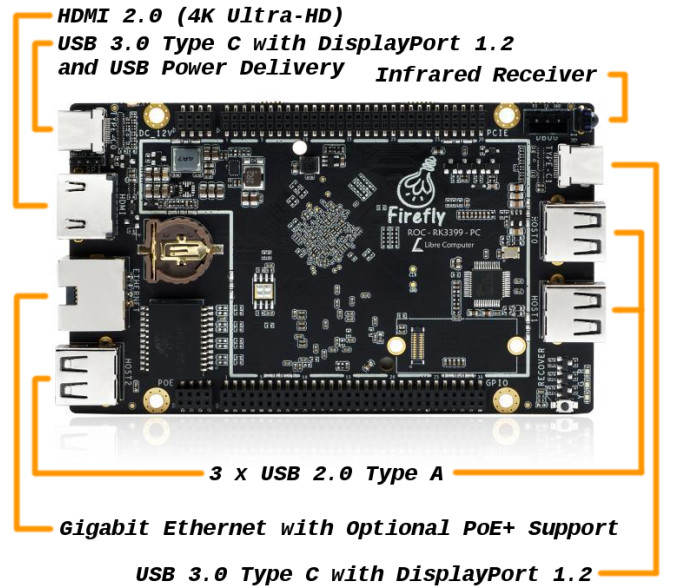 In partnership with Firefly, Libre Computer has launched its Renegade Elite (ROC-RK3399) SBC on Indiegogo. There’s only one funding package with 4GB LPDDR4 and an empty eMMC socket, priced at $99, with shipments due in September.

Libre Computer has released a few new details on the open-spec board, including the implementation of its promised Power-over-Ethernet (PoE) support. The 120 x 72 x 11.9mm SBC is touted for its thin profile, which could pay off in space-constrained applications such as robotics.

The $99 price is below that of most of the other open-spec, community backed contenders fielding the high-end Rockchip RK3399, which features dual 2GHz Cortex-A72 cores, 4x 1.42GHz Cortex-A53 cores, and a high-end Mali-T860 GPU.

The Renegade Elite also features dual USB 3.0 Type-C ports with DisplayPort and power support compared to only one Type-C port on its similarly priced rivals. The SBC lacks the 40-pin, Raspberry Pi like connectors found on the Orange Pi RK3399 and RockPro64, but like the latter, it offers a 60-pin PCIe x4 slot. The Renegade also supplies a 60-pin low-speed expansion connector.

Renegade Elite pre-orders will run about $100 for the board only during the crowdfunding campaign, or up to $200 with accessories. Libre Computer says retail prices will be about 20 percent higher after the Indiegogo campaign ends. 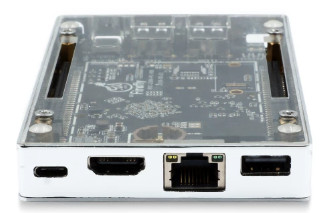