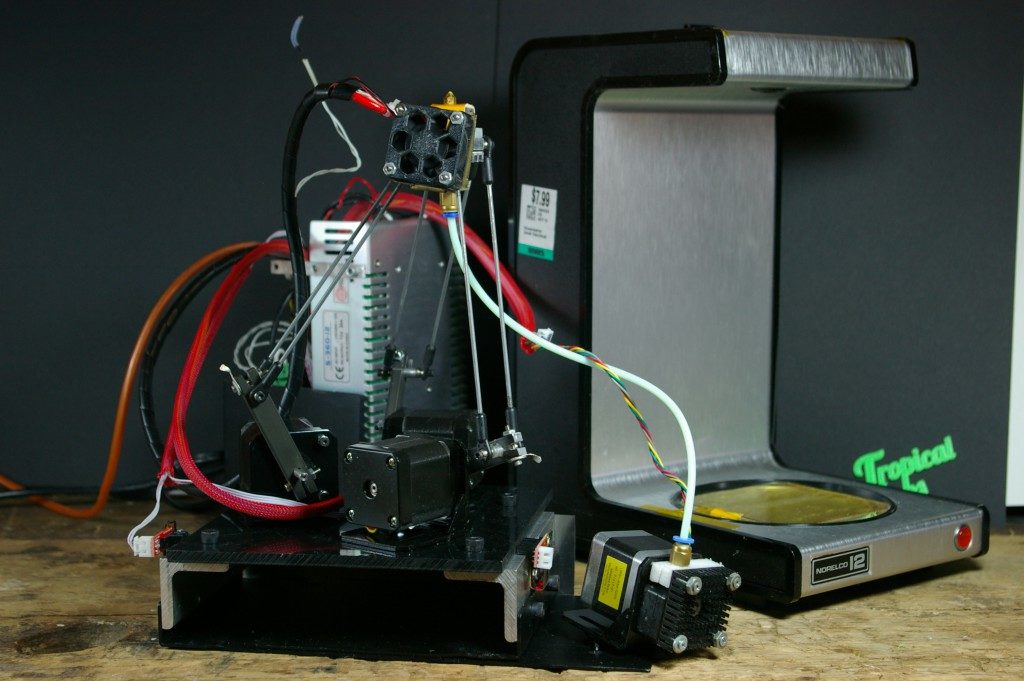 Have you ever thought to improve your coffee machine features?  Tropical Labs not only thought about it, but they also made it real by creating something different, maybe better: a delta-style 3d printing out of a coffee maker.

They entirely circumvented the need of most 3d printers for linear rails and bearings by using a Clavel positioning system – the original delta robot design.  Three stepper motors move the extruder in a delta configuration using nothing but rotational motion and simple links.

To build the printer, Tropical Labs needed only 11 components:

The company is still in the process of adding full instructions to Hackaday and to their website, but according to Tropical Labs’ Joe Church, the print bed temperature is regulated by the solid state relay that controls the power. The stepper motors control the delta mechanism, and best of all, the completed machine is multifunctional.

“The coffee maker itself did not need to be modified, so you can actually slide the delta assembly off and make a pot of coffee!” Church says

The design will remain fully open source and the same Tropical Labs encourages all the makers to steal their idea. In terms of firmware, they used a modified version of FirePick Delta version Marlin.

This is a truly creative and fun company that clearly knows its printer mechanics. As you can see below, the coffee maker 3D printer prints quite well: