OpenPOWER project wants to open Power Architecture in IT

Did you know about this project? Looks like an alternative to the more widely known OpenCompute:

OpenPOWER Foundation was founded in 2013 as an open technical membership organization that will enable data centers to rethink their approach to technology. Member companies may use POWER for custom open servers and components for Linux based cloud data centers as well as optimizing Linux software on POWER.

Open Power features players such as Google, Ubuntu, Samsung, IBM, NVidia and many many more. Open Source IT is slowly coming! 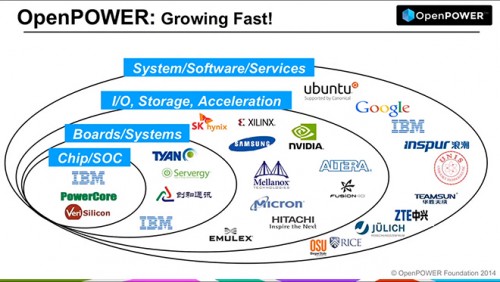