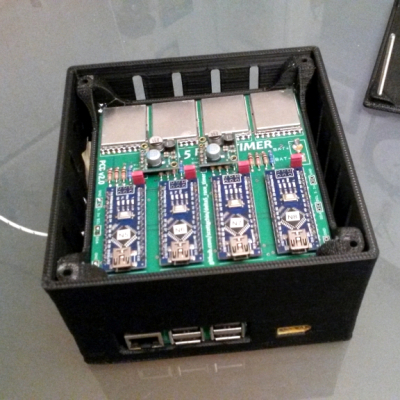 The Delta 5 Race Timer is an open-source multi-node timing system that uses the video signals from FPV vehicles to determine when they cross the start/finish line.  The heart of the system is a Raspberry Pi, and each node has a dedicated Arduino Nano and RX5808 module.

The Arduinos are themselves connected to the Raspberry Pi over I2C, allowing the Pi high-level control over the receivers while it serves up a web-enabled user interface. As a bonus, the Pi can do much more than simply act as a fancy stopwatch. The races themselves can be entirely organized and run through the web interface.

The Raspberry Pi runs the Raspbian OS, and the Delta 5 system uses a server component written in Python. 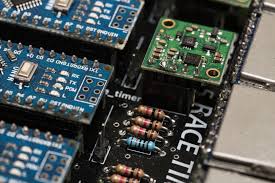