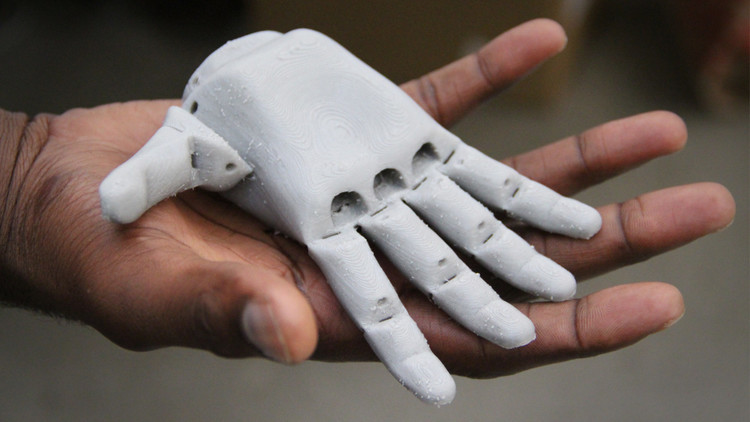 Open Bionics is a UK-based start-up tech company. Its mission is to create affordable 3D printed prostheses. They are about 30 times cheaper than other prostheses on the market. They operate using sensors attached to the skin to detect muscle movements. The muscle movements control the hand and open and close fingers.

We spoke about Open Bionics several times in the past, but inspired by this Hackaday’s post I decided to write about them again. I think they are doing a great job taking care of their young “customers”!

Every prosthetic is developed and improved through the open source community and customer’s need.

“The best thing about what they are doing is they offer you, dear reader, a chance to lend your own super powers of design and engineering. Open Bionics offers up 3D print files for several hand designs, hardware schematics and design files for their controller boards, firmware, and software to control the robotic hands with. Other than their website, you can also find all of the files and more on their GitHub account. If you’d like to devote a good amount of time and become a developer, they have a form to contact them through. To help with sourcing parts for your own build, they sell cables for tendons, muscle sensors, and fingertip grips in their online store.”

Last December Open Bionics has partnered with NHS England. This partnership will bring the NHS one step closer to being able to offer 3D printed  advanced bionic arms to thousands of children.

How awesome is this?! 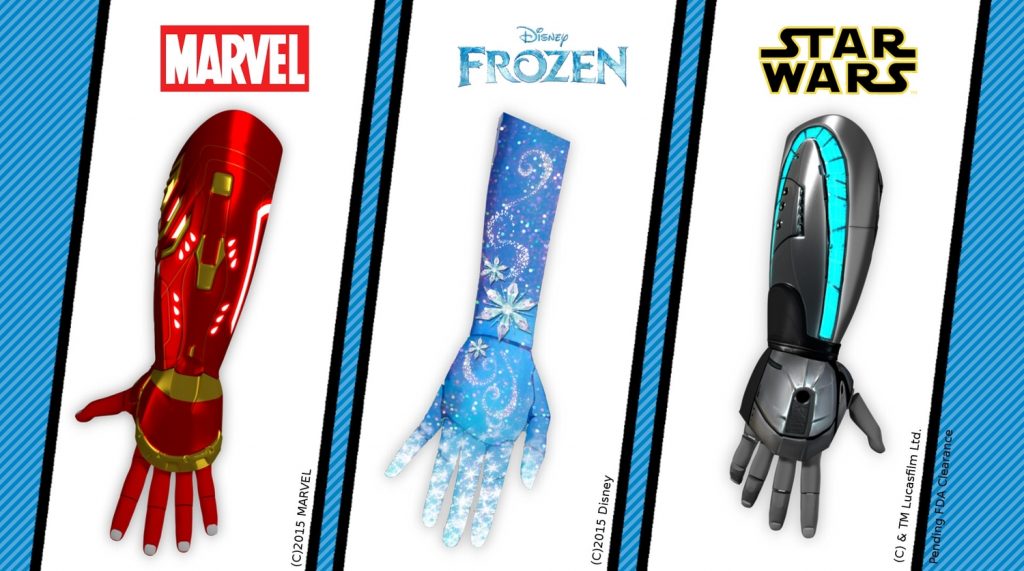