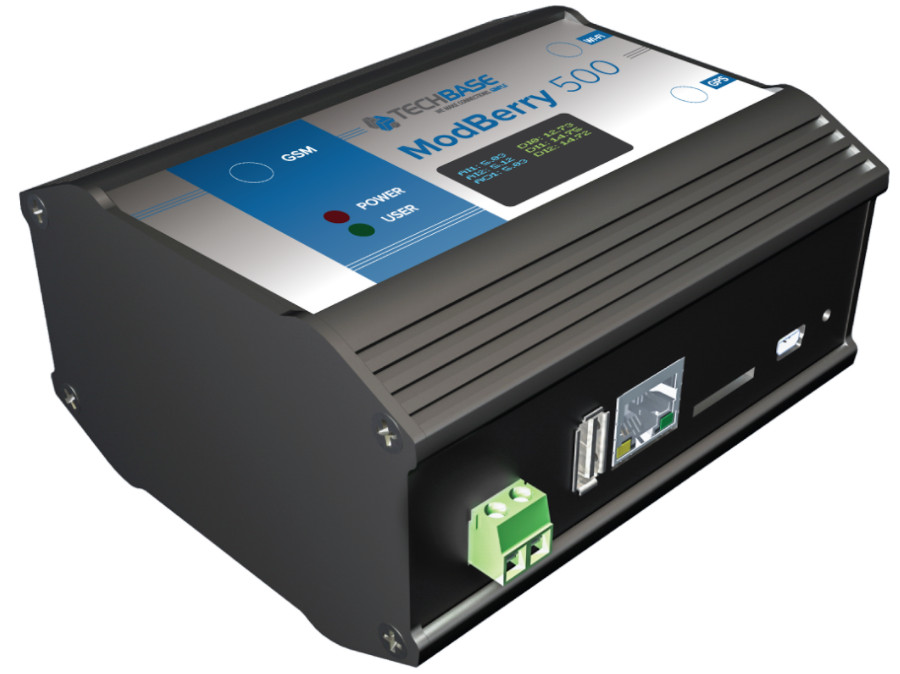 Techbase announced several enhancements to its Linux-driven ModBerry family of automation controllers, which are based on a variety of open source boards. First, the company is introducing a new version of its ModBerry 500 to add an Espressif ESP32 module as a backup system for its Raspberry Pi Compute Module 3 (CM3) computer-on-module. The Gdansk, Poland based company also announced options that can be added to other ModBerry models, including a more expandable aluminum case, an OLED display, and a supercapacitor battery backup system.

Espressif’s open source ESP32 SoC design updates its original ESP8266 SoC with a faster MCU and enhanced wireless capability. Like the ESP8266 and ESP8285, the ESP32 supports either standalone operation, typically using a real-time operating system like FreeRTOS or Zephyr, or configuration as a slave device, for example as a subsystem incorporated into an Arduino board.

The ESP32 integrates a 150Mbps HT40 (40MHz channel width) 2.4GHz WiFi radio, as well as dual-mode Bluetooth 4.2 with classic and LE (low energy) support. The ModBerry 500 already includes WiFi and Bluetooth, along with optional 3G, LTE, ZigBee, and GPS. However, in the new CM3/ESP32 mashup, it appears that the ESP32’s radios can work independently. If the ModBerry experiences power or wireless loss or some other failure, the ESP32 can step in and take over. The ESP32 can last much longer on battery power than the CM3, and it offers extended sleep modes.

Many other options are available for the ModBerry 500, just take a look here! 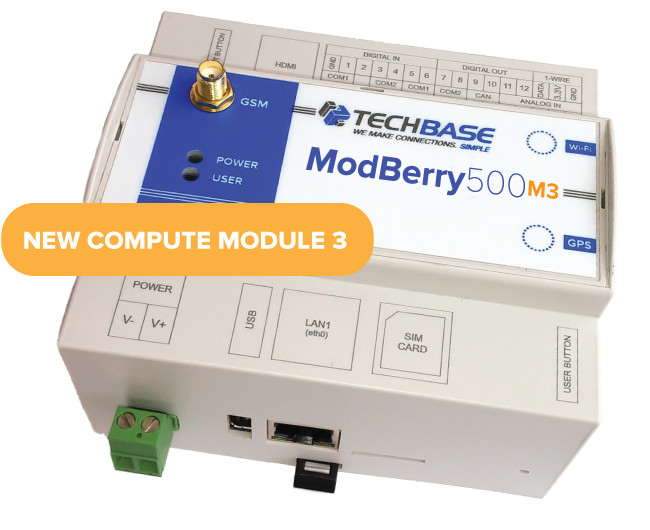