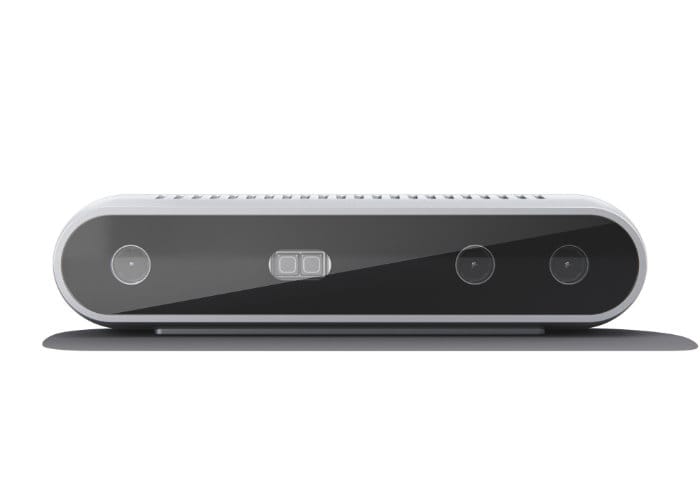 Intel has released two ready-to-use RealSense depth cameras, the D415 and the D435, that can add 3D capabilities to any device or machine. They both come in a USB-powered form factor and are capable of processing depth in real time, thanks to the chipmaker’s new RealSense vision processor D4.
The models work indoors and outdoors in any lighting environment, so they can be used for almost any machine that needs a depth camera. Those include drones meant to soar the skies and robots with AR/VR features.

Intel says the cameras’ target audiences aren’t just developers and manufacturers, but also makers and educators, since they’re easy to use and will work as soon as you plug them in. Also, it comes with Intel’s RealSense SDK 2.0, which is now a cross-platform, open source SDK.

The D415 and the D435 are now available for pre-order for $149 and $179, respectively. D415 has a narrow field of view and a rolling shutter that scans its environment from one side to the other to take an image. It works best when dealing with small objects and anything that needs precise measurements. D435, on the other hand, has a wider field of view and has a global shutter that takes images all at once. That makes it ideal for capturing depth perception of objects in motion and for covering big areas, since it minimizes blind spots.