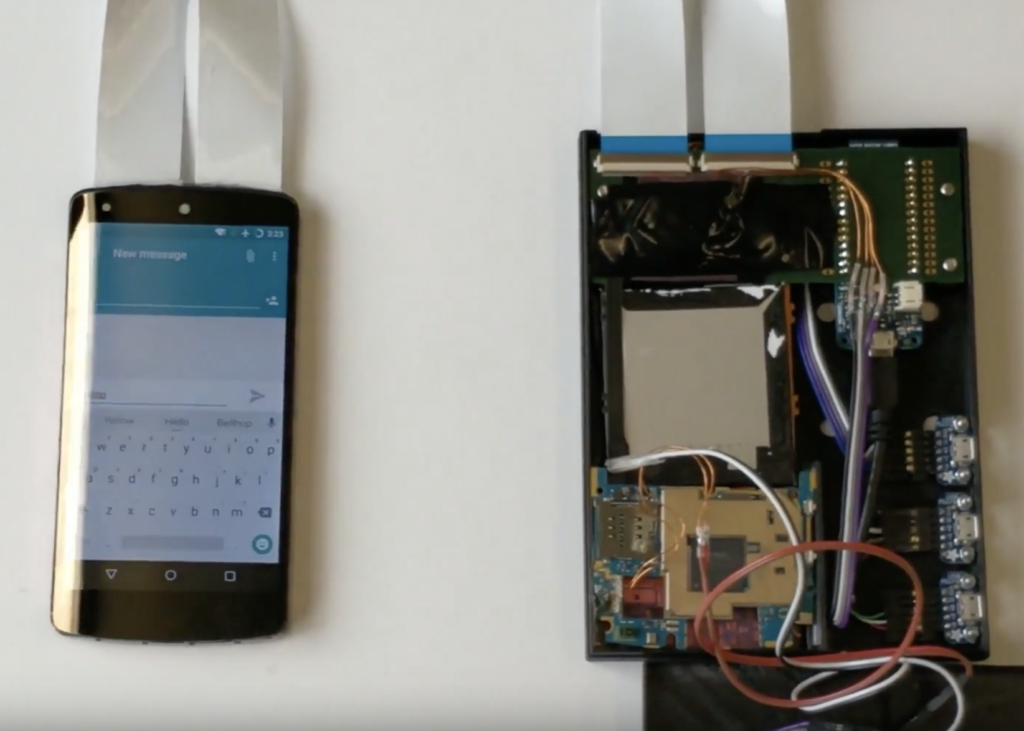 German researchers from Universtiy of Stuttgart and Regensburg have recently created InfiniTouch, a prototype device which allows you to interact with both sides of the smartphone.

InfiniTouch takes two LG Nexus 5 phones, and morphs them into one handheld device. In order to save space, most of the actual phone electronics are located in a separate hardware container, which holds the Nexus circuit boards, batteries, and an Arduino MKR 1000 board.

As we can read in project’s research paper, the InfiniTouch is not only capable of detecting touches on both sides, but can also identify fingers using a convolutional neural network with an accuracy of over 95%.

Smartphones are the most successful mobile devices and offer intuitive interaction through touchscreens. Current devices treat all fingers equally and only sense touch contacts on the front of the device. In this paper, we present InfiniTouch, the first system that enables touch input on the whole device surface and identifies the fingers touching the device without external sensors while keeping the form factor of a standard smartphone.

We first developed a prototype with capacitive sensors on the front, the back and on three sides. We then conducted a study to train a convolutional neural network that identifies fingers with an accuracy of 95.78% while estimating their position with a mean absolute error of 0.74cm. We demonstrate the usefulness of multiple use cases made possible with InfiniTouch, including finger-aware gestures and finger flexion state as an action modifier.

A short demo can be seen in the video below.