How many 3D printers could a 3D printer 3D print? 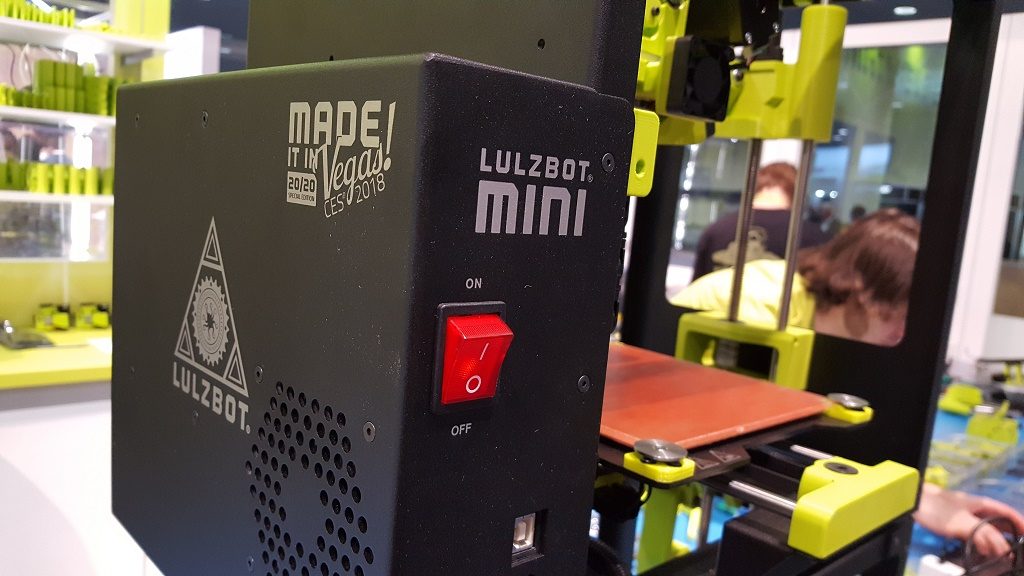 “The idea is to bring our factory here.

We have a cluster of nine printers printing printer parts, with four techs. We’re giving away 16 of the printers made here — they’re a special edition.

We had talked about how to get the most out of CES, as a 3D printer company, since the consumer bubble burst. We differentiate ourselves in a few ways, and one is that we’re open source and really show how we do it, how we use our printers to print our printers. Showing that makes it easy for people to connect the dots. So we thought we would bring the process here.”

The Made It In Vegas LulzBot Mini 3D printers created during the show were each stamped as such, and subject to the same rigorous quality control as any factory-made units.

The units made during CES contained some recently-released features: the new LCD controller, the Aerostruder and the Print Bed Heater.

You can read the entire interview on 3DPrint.com.