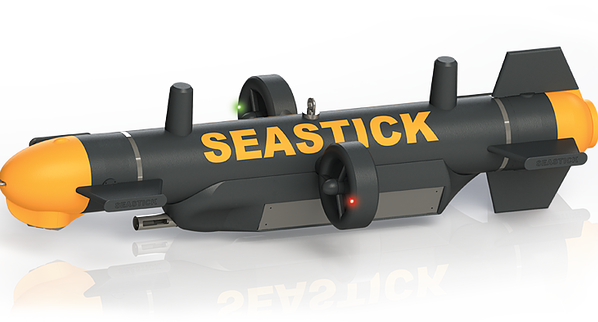 GABRI S.R.L. Seastick is an Autonomous Underwater Vehicle released in 2014 and in the same year it won the Toradex Embedded Design Challenge.

Roberto Linfante, CEO of the company, founded it in 2004 and led GABRI to scale up impressively year after year, pioneering the underwater drones market.

Seastick cutting edge technology is based on a flexible modular system, targeting both the civil and the military market.

The battery can be easily replaced in a moment, the AUV is made of three main sections: bow, stern and main body. Applications go from the oil&gas to the anti-mine passing through the scientific research field.