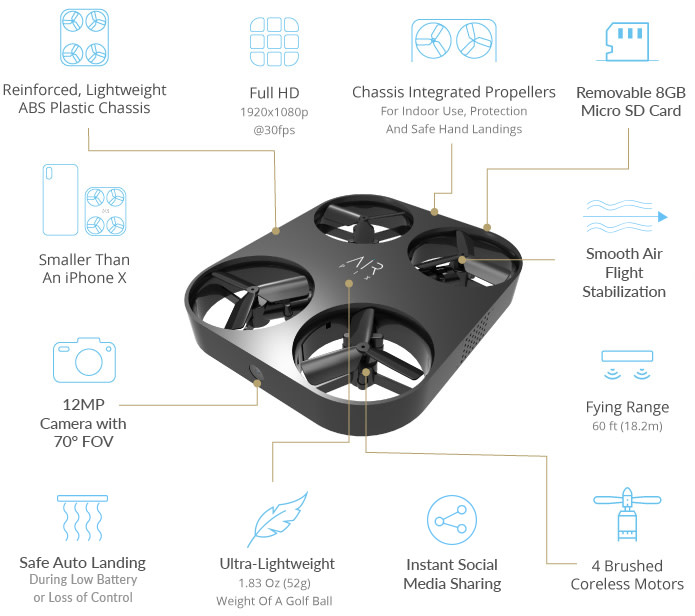 A pocket camera drone has launched by Indiegogo this month in the form of the AIR PIX, designed and created by the team of developers at AirSelfie based in the United States.

AIR PIX aims to be the selfie drone that’s affordable for anyone. Instead of spending hundreds of dollars on a drone that’ll take photos, AIR PIX has all of the necessary features at a price that’s quite reasonable.

According to AirSelfie, the company behind AIR PIX, this is the smallest and lightest aerial camera on the market. Because it’s so tiny, it doesn’t need to be registered with the FAA, as it only weighs 52g. The limit is 250g, so it’s well underneath. It comes in at 3.34 inches by 4.01 inches wide and .51 inches thick.

This camera drone is available from just $79 with delivery estimated to take place sometime around August 2019.