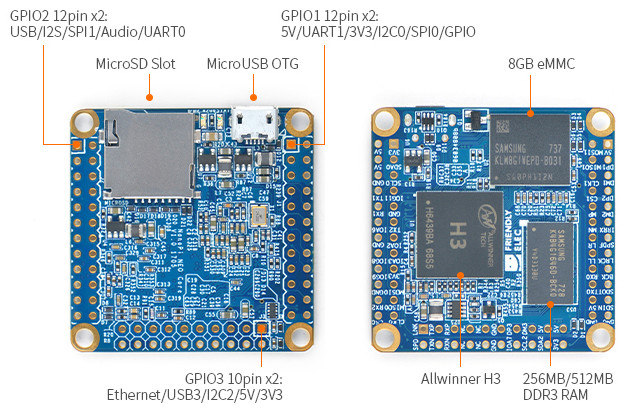 The new boards are more like computer-on-modules (COMs) than single-board computers (SBCs), in that they’re meant to be combined with off-the-shelf or custom carrier boards, such as FriendlyElec’s RPi 3-like Mini Shield

Each of these new NanoPi Neo Core boards implements all the functional specs of its predecessor, with the Core being built around the 1.2GHz quad-core Cortex-A7 based Allwinner H3 SoC, and the Core 2 using Allwinner’s 64-bit, 1.2GHz quad-core Cortex-A53 based H5. Additionally, both Core models are available with up to 32GB of onboard eMMC flash. But whereas the Neo Core is limited to the same SDRAM options as the Neo (256MB or 512MB), the Neo Core 2 adds a 1GB RAM option on top of the Neo 2’s 512MB limit.

FriendlyElec has also developed a “Mini Shield” carrier board, implemented in a Raspberry Pi 3 compatible form-factor, to simplify developments and projects based on the boards. The combination of a NanoPi Neo Core or Core2 with the Mini Shield can be well fit into a common RPi 3’s case.

NanoPi Neo Core and Core2 specifications are listed below: 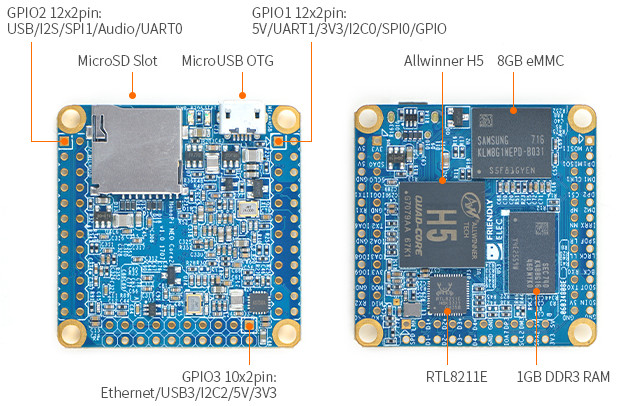