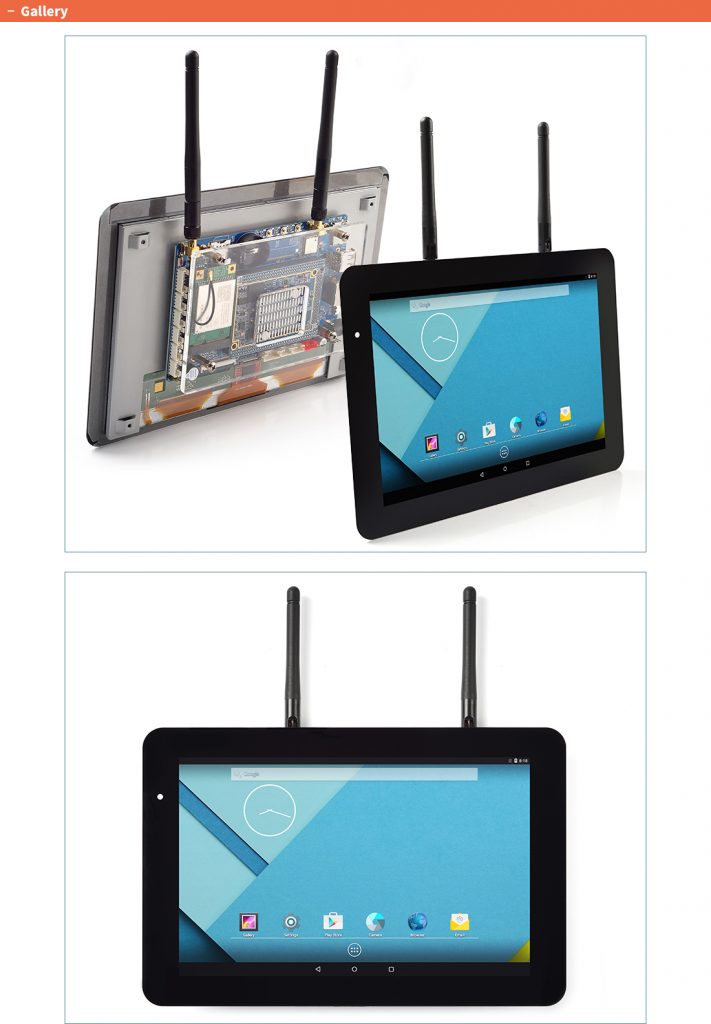 On the Octa-Core 64-bit AiO Android System, the module is matched with a choice of two Smart6818 mainboards: one with WiFi (802.11ac) and dual-mode Bluetooth 4.1 and another that adds a mini-PCIe-based 4G radio and micro-SIM slot. External 4G and WiFi antennas are also available.

The 9-inch capacitive touchscreen has 1280 x 800 resolution. Major coastline connections include a microSD slot, GbE port, USB 2.0 host port, and a data-only micro-USB device port. The device is further equipped with audio in and out headers and a DVP camera connector.

The Octa-Core 64-bit AiO is billed as open source, and like the other kits mentioned above, it ships with schematics. The system sells for $90 with 8GB eMMC or $110 with the optional mini-PCIe-based 4G radio. 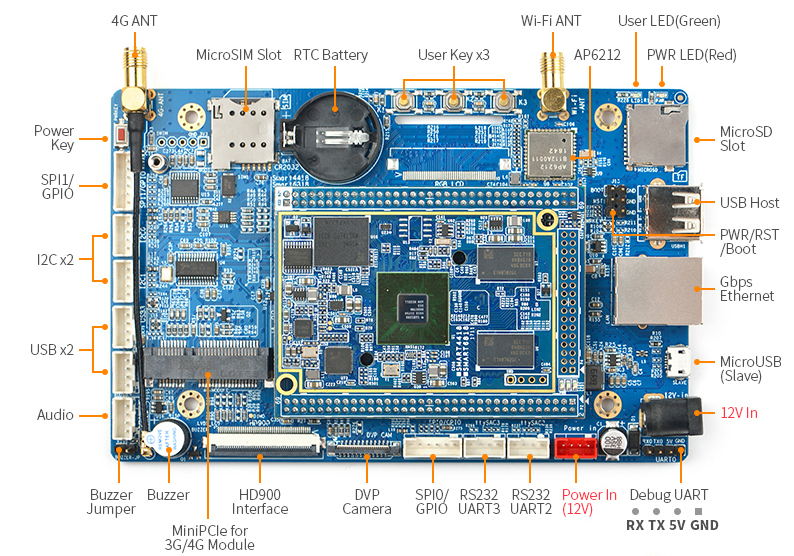