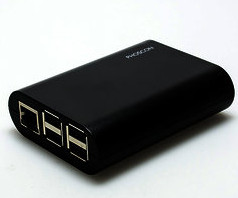 Dresden-Elektronik announced the release of a ZigBee-enabled home automation hub based on a Raspberry Pi 3 SBC, as well as a second-gen USB dongle for enabling laptops and other Linux and Windows computers with a ZigBee gateway: the ($170) Phoscon Gateway and ($38) ConBee II USB dongle.

Both devices run Dresden-Elektronik’s deCONZ Zigbee Gateway software that supports intelligent control of smart lighting, sensors, and switches via the short-range, 2.4GHz ZigBee (IEEE 802.15.4) wireless mesh networking standard. The software works in conjunction with a new Phoscon App, which runs on Android and iOS mobile devices or any web browser.