“I started programming when I was 13, thanks to Sensei when he created a robotics club. On the first day we were 12 students, the next week we were 3 – yep, you guessed it, the other two were Gabriel and Jonas. I fell in love with VR because of an anime called SAO, but the problem was that the Oculus Rift was way too expensive for me. I talked about this with Gabriel and we both agreed that we should build our own VR headset. That got us into the math and physics behind VR (quaternions, proper acceleration, antiderivatives…). Then we bought the cheapest components we could and we reinvented VR. Now using FastVR [an SDK to quickly create VR games in Unity] and Relativ you can build your VR headset too.”

16 years old Maxime Coutté with a couple of best friends and his maths teacher called Sensei decided to reinvent a VR Headset to make something at an affordable price: Relativ project costs only $100.

Hardware components included the Arduino Due, a SparkFun Triple Axis Accelerometer and Gyro Breakout (MPU-6050) with the software including the Arduino IDE itself, the virtual reality platform Unity. They also used a 3D printer for the case.

“Thanks to this project I’ve had the incredible fortune to meet amazing people, including the chief architect at Oculus, Atman Brinstock. He gave me a precious piece of advice: “open source it”. I deleted all the code I had, and started rewriting it all from scratch, better. And I convinced my two friends and our math teacher to put the project into open source.”

For software, schematics and more you can refer to hackster.io. 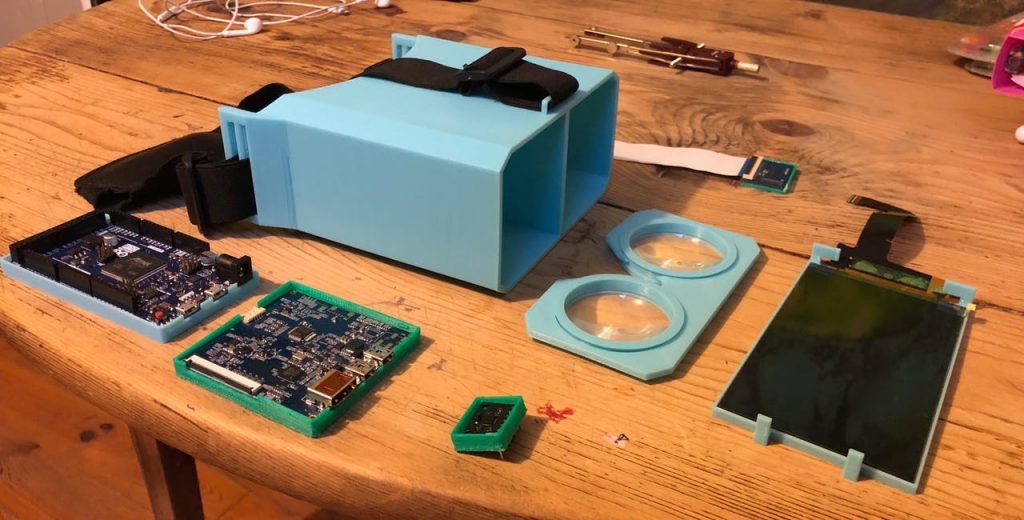