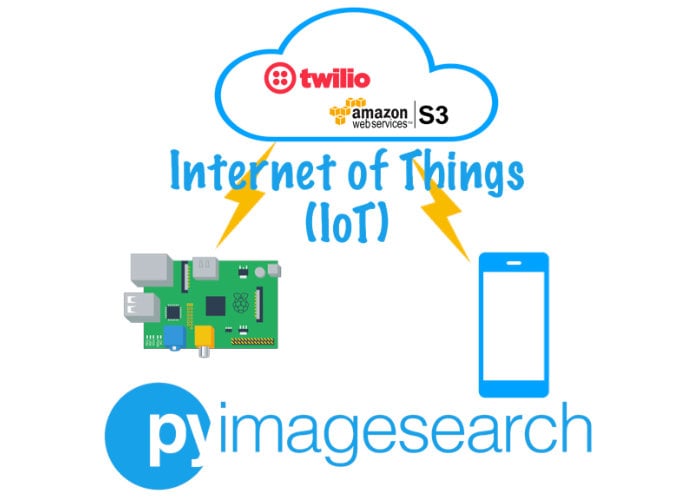 Developer and enthusiast Adrian Rosebrock published his Raspberry Pi project a few weeks ago, providing full instructions and all the code required to build your very own Raspberry Pi security camera using OpenCV and computer vision. Adrian’s camera is an IoT project: it not only captures footage but also uses Twillo to send that footage, via a cloud service (AWS), to a smartphone if the camera is triggered.

Adrian explains more about the inspiration behind his project:

Back in my undergrad years, I had an obsession with hummus. Hummus and pita/vegetables were my lunch of choice.

I lived on it.

But — I was a victim of such hummus theft on more than one occasion…and I never forgot it!

The security camera is capable of recording a video clip when the camera is triggered, uploading the video clip to the cloud, and then sending a TXT/MMS message which includes the video itself. So he developed his project to protect his humus and with the goal of detecting when a refrigerator is opened and when the fridge is closed, recording everything in between.

Find out more information about this fun project watching the following video.