Be Ready for Your Next Halloween Party! 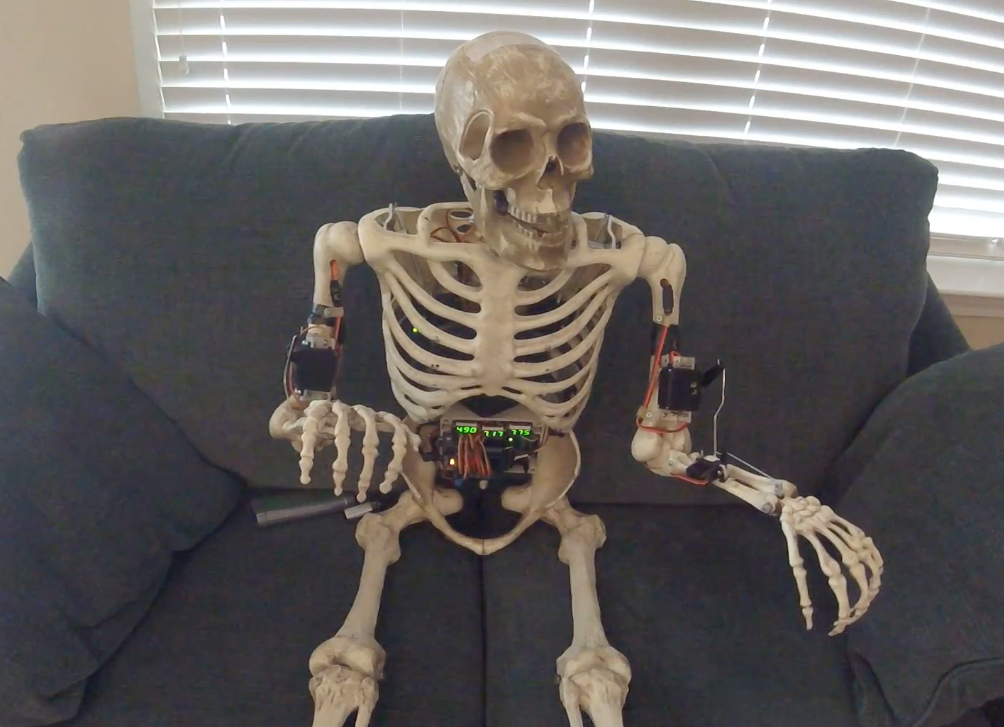 Halloween is coming and I’ve found the perfect project to impress everyone at your next Halloween Party!

This particular robot was built using an Arduino Mega, a Cytron PS2 Shield, a modified sensor shield, and a wireless PS2 controller. SKELLY is equipped with a total of eight servos: six for bending his shoulders, elbows and wrists, one for running his mouth, and another for turning his head. There is also a pair of LEDs for eyes, and a small motor in his head with a counterweight that allows him to shake.

Skelly is not able to walk, but it can move most of its body. This automated skeleton robot will impress everyone for sure and I believe your party will be successful.

Just do your best to build your own Skelly and watch the video below to better understand what it can do!