A 3D Scanner made of 40 Rasperry PI and PI cameras

I am a big Arduino and Raspberry PI fan and also love 3D printing. I wanted to be able to make a 3d model of my kids and started investigating how to build a 3d scanner. I found a lot of solutions out there, but the problem with most of them is that the subject would have to sit still for a while… well I think it would be easier for me to invent a spaceship that can fly to mars then inventing a solution for my 2-year old son to sit still :-( So none of those solutions where going to work.

I knew I had to come up with a way to instantly take many images at the same time. So I first started to research what cheap digital cameras exists. If I could find a cheap model, I probably could make an automated trigger system using arduinos. But then I would have all the images on many separate SD cards and I was not able to find a cheap good digital camera.

Then I noticed the Raspberry PI and PI camera combination. A “fairly” affordable module, that already is ethernet connected, so I could do the triggering of the cameras using the network and an easy way to download all the images to a centralized place. So my Project (and investment) started.

I bought for this project:

– 40 Raspberry Pies for this project and 40 PI cameras.

As I am an impatient person I did not build the whole setup at once, I started of with 12 cameras, and was already seriously impressed with the results. So you DO NOT need 40 cameras, especially not if you just want to catch just the front of a persons face. 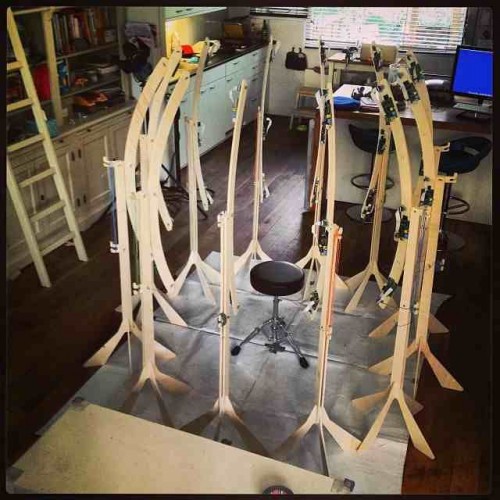