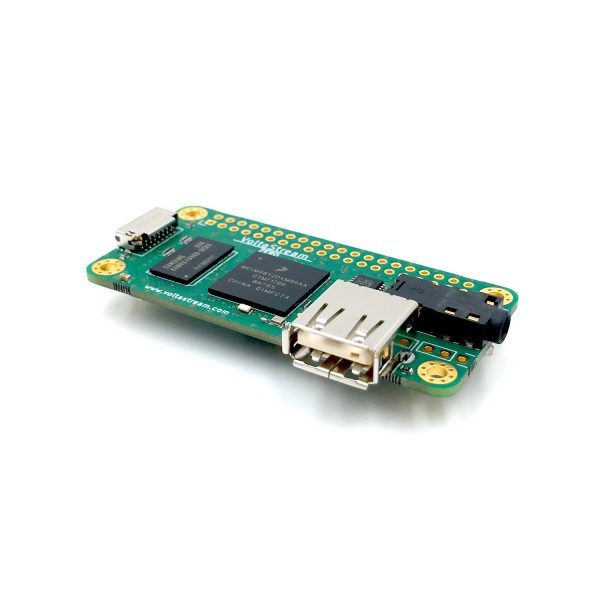 PolyVection has recently launched the VoltaStream Zero, a hand-crafted and open-source integrated audio module in the same form as a Raspberry Pi Zero.

It says the board offers features comparable to Chromecast audio but in a module that’s completely open source. It is possible thanks to its in-built Texas Instruments (TI) digital audio converters (DACs). Their inclusion and its SoC, NXP’s i.MX6ULL ARM Cortex-A7 996MHz processor partially explain the VoltaStream Zero’s price, which starts at €50 ($52) compared with the Raspberry Pi Zero’s $5.

Even the physical design of the board is open source, based on CERN’s KiCAD pcb designs. The hardware files are available on PolyVection’s GitHub page.

Philip Voigt founded PolyVection in 2013 to start work on the integrated audio board, which he alone designs and manufactures today. He sources core components from NXP and TI, but otherwise manufactures the board himself with his own pick-in-place machine, stencil printer, and reflow oven.

He also has a laser cutter to carve the board’s stylish wooden case, and maintains its Linux kernel, drivers and the three compatible operating systems: PolyOS, PolyBian, Volumio.

The VoltaStream Zero is available with DDR3 512MB or 1GB of RAM, and two variants of TI’s DACs. It also features a full-size USB Type A connector, a microUSB port, and 28 GPIOs. 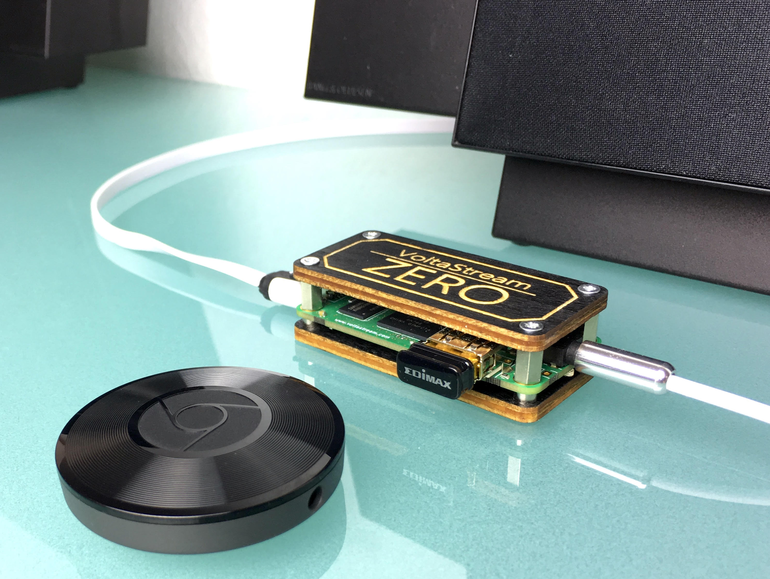