An incredible new project on Kickstarter, an open source hardware (mini imitation) of an industrial Arm: quite cool!

When hearing the word “robot”, most of us may think of the giant industrial robot arms. They can precisely install the components at a very high speed, or handle many complex, even dangerous tasks.

Robots are awesome, and wouldn’t it be nice if everybody who wants a robot arm can actually afford one? After all, $50,000 is kind of a lot of money. This is when we, the UFactory come in. UFactory stands for “Your Factory”. We build various robotics products to make robots more accessible for everyone! That’s why we started the uArm project – a desktop miniature robot arm.

via uArm: Put a Miniature Industrial Robot Arm on Your Desk by UFactory — Kickstarter. 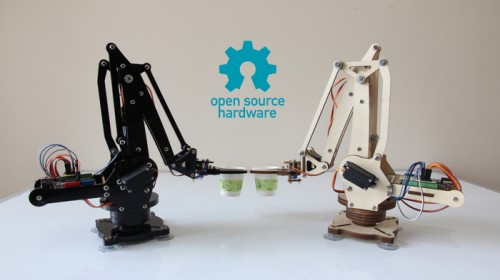