The Raspberry Pi 3 gets seriously hot, clocking up to 100° C 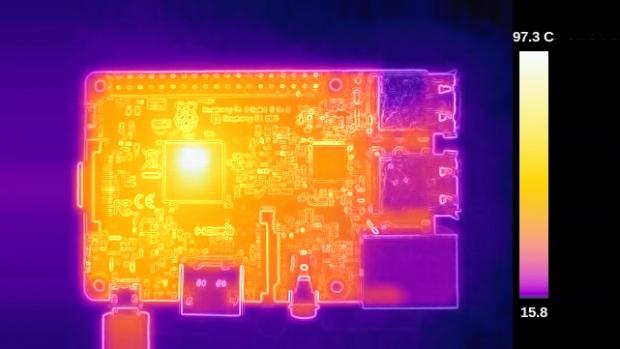 The Raspberry Pi 3 gets seriously hot, clocking up to 100°C.

Serious temperature and dissipation problem reported by many specialised sites on the new baby Raspi3. An expected issue, given the high level features offered by the board: 64bit and 1.2GHZ.

A good CPU heat sink will be a must if you’re thinking about overclocking it!

Investing in a good heat sink or cooling fan is something that Reddit user ‘ghalfacree’ has suggested, sporting a thermal image of his Raspberry Pi 3 running at a scorching 100 degrees celsius, thanks to the help of thermal imagery.

While sitting at triple digit temperature isn’t exactly common, this test was conducted on an open board under full load, causing concern for those who are straining theirRaspberry Pi 3 while contained in a small case or custom chassis. Ghalfacree’s solution is a cute little fan, ensuring that his miniature pride and joy computer doesn’t melt away.

Source: The Raspberry Pi 3 gets seriously hot, clocking up to 100°C