The Monster: 12 octa-core NanoPi-Fire3 SBCs for a 96-core cluster computer! 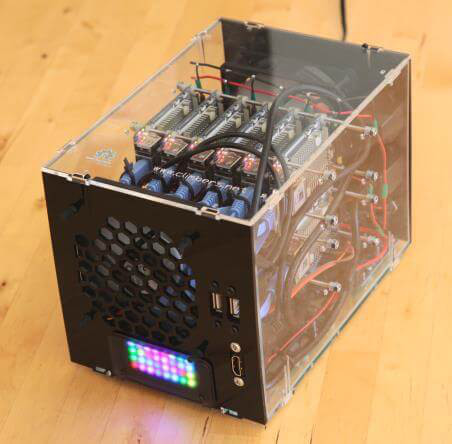 Research centers and universities around the world have developed RPi-based cluster computing for research into parallel computing, deep learning, medical research, weather simulations and more. With this in mind, Paul Smith’s project is an impressive cluster computer with open source design: it combines 12 octa-core NanoPi-Fire3 SBCs for a 96-core cluster.

The open source cluster design includes Inkscape code for laser cutter construction. Smith made numerous changes to his earlier clusters intended to increase heat dissipation, improve durability, and reduce space, cost, and power consumption. These include offering two 7W case fans instead of one and moving to a GbE switch. The Bill of Materials ran to just over £543 ($717), with the NanoPi Fire3 boards totaling £383, including shipping. The next biggest shopping item was £62 for microSD cards.

Performance would no doubt improve if Smith had used the new Raspberry Pi 3 Model B+, which offers a Gigabit Ethernet port. However, since the B+ port is based on USB 2.0, its Ethernet throughput is only three times faster than the Model B’s 10/100 port instead of about 10 times faster for the Fire3.

Below a short comparative table of NanoPi-Fire3 vs Raspberry Pi 3 Model B:

All you need to know about this project is available at Climbers.net! 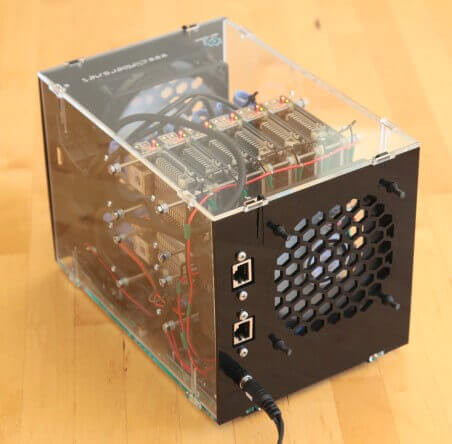