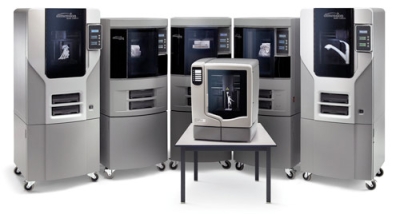 This week the American-Israeli company and 3D printing giant Stratasys acquired the once beloved, now discussed, Makerbot Industries for about 400 M$.
Some said it’s quite a big valuation for a company that still need to find a sustainable revenue stream and a consolidated business.
Those of you that are interested in the details of the deal can check this good post here,  from which I’m pasting an interesting passage:

“Whilst the deal cannot be precisely priced, not least as MakerBot shareholders cannot sell their newly acquired Stratasys shares for 3 months after closure and share prices of the 3D printer OEMs are historically volatile, the VCs look set to recoup in excess of $600m on their initial $13m investment in just 2 short years. With MakerBots revenues for 2012 placed at $15.7m, Stratasys shareholders are potentially paying a whopping 38x revenues to complete the acquisition.”

As you can see there’s an interesting question mark here and it’s about why Stratasys paid so much money for Makerbot.

As some of you may know, Makerbot received a substantial VC investment last year that was suddenly followed by a strong turn of the company towards a closed source approach in printer design. Makerbot has been wrangling a lot with the community to keep its brand image in the early adopters / all for open source context and, honestly, I don’t think that they made it, at the end.

In fact,  Stratasys acquisition sounds like a natural (even if rather fast) step in the monetization process that usually follows such an important funding round as that that Makerbot got last year  (13M$ as said above): VC put money in and, in a more or less short time, the Exit comes. 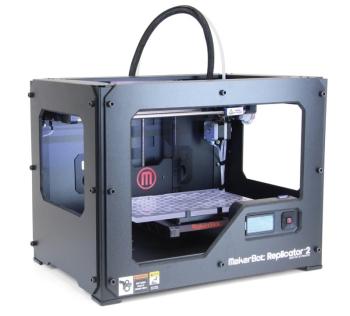 This deal is particularly interesting since, differently from much of the Web startups (such as Instagram for example), Makerbot was not experiencing an exponential growth phase (though there has been some growth in sales, mostly thanks to Makerbot Replicator X2) and desktop  3D printing market is still far from being completely defined.

In fact the debate about the opportunity to have a single printer in all houses (instead of a distributed network of 3D printing outlets in every city) is still at very early stage. Furthermore Makerbot market share, being based only on a web based, e-commerce sales process (no distributors, no local salesforce) it’s still extremely liquid and – we all know – can be quite easily disrupted.

Someone says that this Stratasys move was pushed by the fear that, if not them, Makerbot would have been acquired by 3D Systems that would have created a monopoly by also featuring the Cubify (the other large seller in the 3D printing desktop market).

Despite the fact that Makerbot replicator is mostly still based on open source components (even if obscured in a closed source machine) there’s no real promise that Stratasys will include some of the principles of Open Innovation that Makerbot itself abandoned so far. On the contrary the chances are that Makerbot will take advantage of the numerous patents that Stratasys owns to build a more aggressive market proposition for machines with higher performances.

The very same fact that Stratasys – that now has 10k$ pricepoint for its entry level machine – will start to compete on an early adopter market that is shared with open source, kit based, indie machines will surely make quality printers more accessible and cheap.

At the end of the day this acquisition shows how big corporate incumbents such as Stratasys, failed to intercept the grassroot maker movement and the revolution behind digital fabrication that actually led to the big success of brands such as Makerbot. ù

What’s wrong here, is the cure: they’re buying a brand – a discussed one – instead of linking their brand with a new way of developing products, instead of transforming Stratasys in a real platform for grassroot innovation – therefore able to leverage on the distributed and collaborative R&D that brought us ecosystems like the one of RepRap – Stratasys decided to simply buy a brand.

Obviously, there’s another fundamental asset that Stratasys bought from Makerbot: is the thingiverse community (and brand as well). As Autodesk demonstrated with Instructables, it’s possible to buy a grassroot community without killing it as long as it’s fairly treated, but the interesting point here is another one.

Makerbot seemingly inflated market valuation has been reached only thanks to Makerbot former openness and inclusion history that valued the brand and created the community in the early days: I think that this valuation would have been slightly similar even in the case that Makerbot would still be opensource at today.

What do you think?