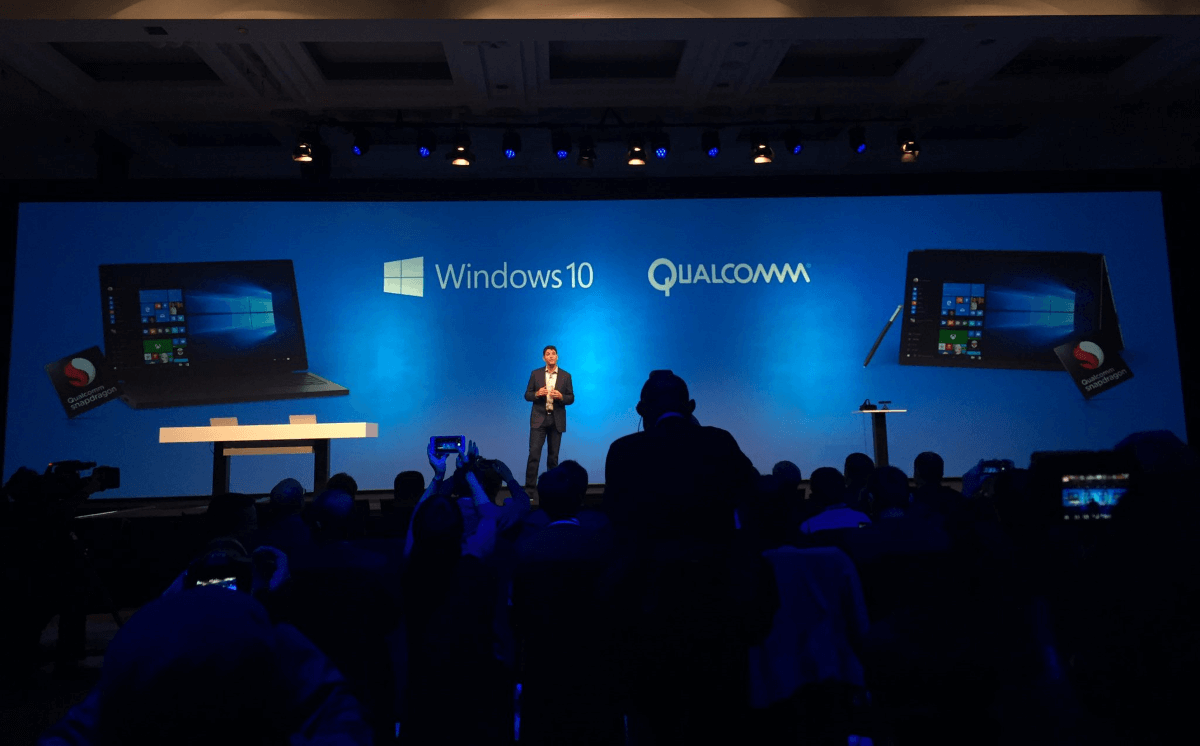 Qualcomm and Microsoft are teaming up to bring Windows 10 to Qualcomm’s mobile processors. Thanks to this, Qualcomm’s Snapdragon processors will be the first ARM-based processors to fully support Windows 10. The announcement was made at WinHEC where attendees got to see a demo of the full desktop version of Photoshop running on a Snapdragon CPU via emulation.

Qualcomm’s chips, such as the Snapdragon, are high powered and are supposed to offer the best experience when it comes to streaming, watching movies, and even making phone calls. Most of the company’s processors are found on mobile devices and though they are powerful, most chips found in smartphones still aren’t strong enough to run energy consuming apps, like Photoshop and other Win32 apps. Bringing Windows 10 to these processors changes that. Qualcomm’s next generation of processors have the ability to run Win32 apps via x86 emulation on Windows 10.  As they showed in the demo, these chips will now be able to handle such high powered apps, bringing a desktop experience to your mobile device and stronger processors to standard PCs.

Both Qualcomm and Microsoft believe Windows 10 PCs powered by Snapdragon will be available as early as next year. Not only will the new devices fully support Windows 10, but they’ll also include Gigabit LTE, and superior Wi-Fi housed in a fanless design that’s meant to provide a long battery life.