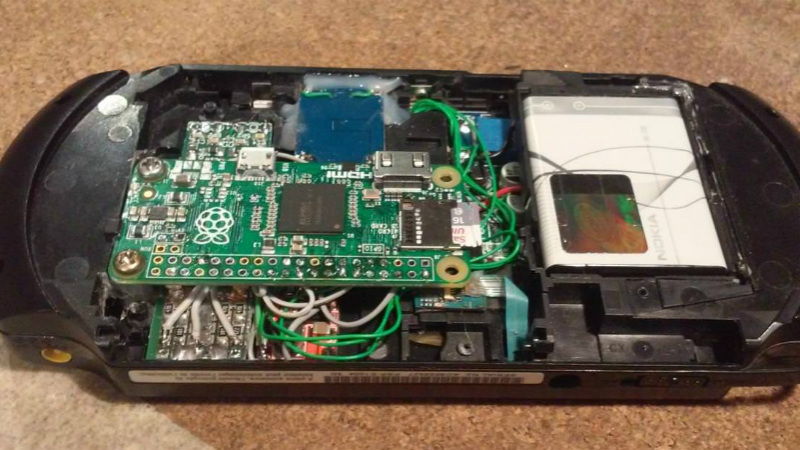 If you have an old Sony PSP lying around gathering dust you may be interested in a new hack which fits the miniature Raspberry Pi Zero mini PC into the case of the Sony handheld games console.

Maker Drygol managed to replace the PSP’s original internals with a Pi Zero running RetroPie, while keeping the outside of the system looking almost perfectly stock.

So he stripped out all the original internals and installed a new LCD which fit so well it looks like the thing was made for the PSP. He then added a USB Li-ion charger board, and an audio board to get sound out of the usually mute Pi Zero. He had some problems getting everything to fit inside of the case. The solution was using flat lithium batteries from an old Nokia cell phone to slim things down just enough to close up the PSP’s case with some magnets.

Drygol began to run into trouble when he had to integrate the PSP original controls to make them work.

“I’ve realized that It would be cool to use and connect original pads to RPI Zero. That turned out to be a quite challenging task.
My idea was to cut a piece of the mainboard with ZIF connector in it and then solder wires directly to a PCB.

Now, here is the tricky part :)
I had to use my USB camera to solder all tiny Kynar wires to pads on a PCBs.
… kinda hard task after having three coffees lol.”

Check out the video below to learn more about the project and see it in action.