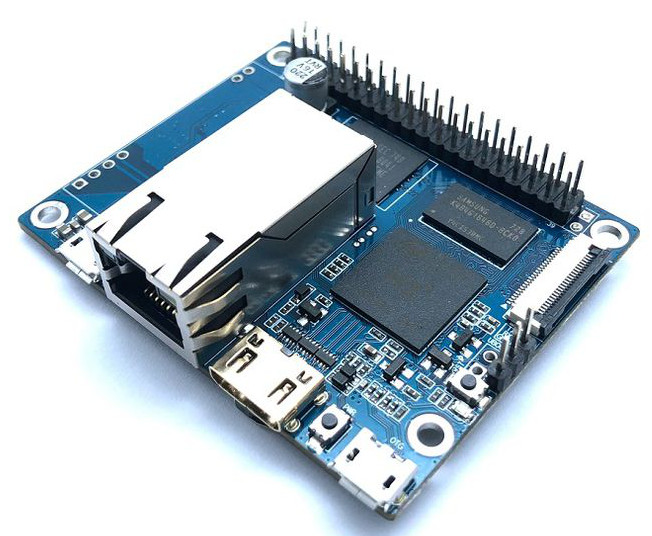 As noted by the company BPI-P2 Zero has very similar features compared to the earlier  BPI-M2 Zero, but is wider due to the addition of an 8GB eMMC flash, an Ethernet port, and PoE function. Other features are the same as the M2 Zero, which itself is an imitation of a Raspberry Pi Zero W. The P2 Zero board runs Linux and Android on a 1.2GHz, quad -A7 Allwinner H2+, which is like an Allwinner H3, but with HD instead of 4K video support. The SoC integrates a Mali400 MP2 GPU.

Other BPI-P2 Zero features include:

The Banana Pi R64 is a router based development board, which can run on a variety of open source operating systems including OpenWrt, Linux. This SBC follows other Banana Pi router boards such as the Banana Pi BPI-R2, and it features a 1.35GHz dual-core, Cortex-A53 MediaTek MT7622 instead of the quad -A7 MediaTek MT7623N found on the R2.
Common features with the R2 board include its 148 × 100.5mm dimensions, as well as its 8GB eMMC, 4x GbE ports, WAN port, microSD slot, IR receiver, 40-pin expansion connector, and mini-PCIe slot. The board has 1GB instead of the R2’s 2GB DDR3. 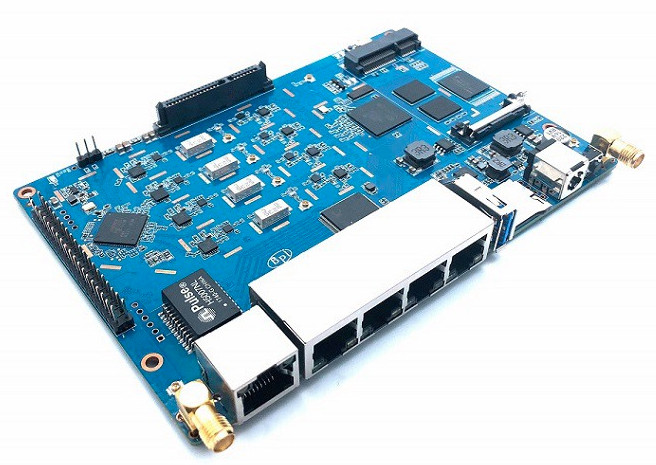