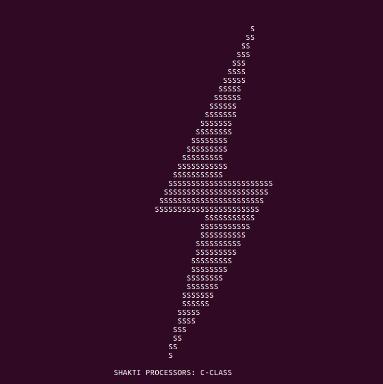 Shakti is an open-source initiative by IIT Madras aimed at developing industrial-grade processors based on RISC-V.

This open source RISC-V processor is developed by students in India with assistance from Intel and its 22nm FinFET Technology. These chips are based on the RISC-V ISA from UC Berkley.

The SHAKTI processor project aims to build 6 variants of processors based on the RISC-V ISA:

While the cores and most of the SoC components (including bus and interconnect fabrics) will be in open source, some standard components like PCIe controller, DDR controller and PHY IP will be proprietary 3rd part IP.