Raspberry Pi: giant hacks for a tiny board 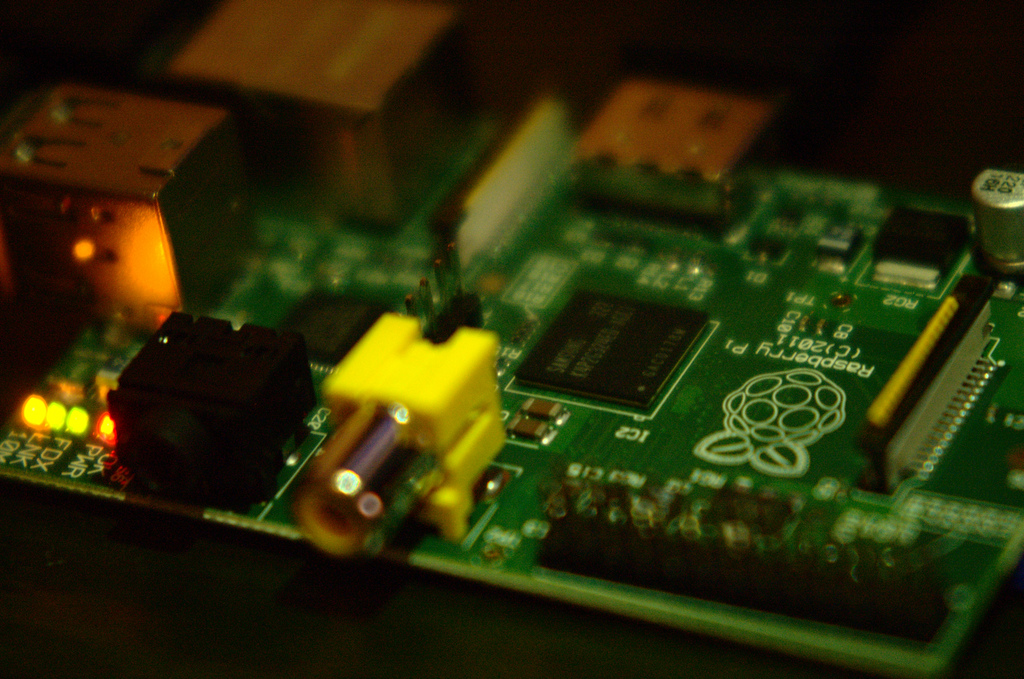 Usually there are two ways to look forward to buy a Raspberry Pi: first, think about a strange thing to make, and then go to the website; or second, buy the Raspberry Pi board having no idea of what you are going to do with it. Usually, I buy things and only after that I go through the Internet in search of inspiration and creative use cases for my new toys. That was the case with my first Raspberry Pi board: everyone seems to be able to put together his tiny PC with some parts (monitor, mouse and so on), a CPU and a lightweight Linux distribution, but what can we do that is totally crazy, mind-blowing and problem-solving?

I spotted some of these cases: people that not only built low-cost computers, but automated their things and brought strange hardware back to life in such a funny way.

I know, some of you have no idea of what an ADM3A is: the ADM3A is a particular dumb terminal that some decades ago was connected to mainframes to use their very big number crunching capability. Dumb terminals were so widespread because in this way companies could invest in large machines and give to their workers only the “entry point” they needed. This particular terminal is so lovely, because this is where the HJKL navigation keys come from, as well as many hotkeys for Unix (like the ~). In this rapid guide, a guy illustrates us how to bring back to life an old dumb terminal with a Raspberry Pi and a bit of fantasy.

Following his instructions, you can get such a piece of history working and connecting to Internet, to read your mailbox or chat through a free messaging protocol (like, say, XMPP or IRC). What left me speechless in all of this, even if such an old terminal perfectly running thanks to a 30$ board is wonderful per-se, is that Wheezy contains the terminal definition to do that. And this is the proof that Debian is truly the universal operating system.

Baby monitors are such expensive stuff, especially considered that you will not have (usually) more than two, three children. You can reuse your first baby monitor over years, but if this is your first son you’ll need someone who’ll borrow you one… unless you are a nerdy dad that has by chance bought a cheap Raspberry Pi. Using a microphone of yours and your tiny board you can build your very own Linux-running baby monitor, in a variety of ways.

Matt Kaar posted how to achieve this, in two ways: you can choose the easy way (but you need to have another Linux/Unix system) opting for grabbing what the Raspberry records with SSH, or you can go the hard way installing on your board a streaming server like Icecast too, so you can connect from a Windows-based host or generally from a non-Unix computer to listen what your baby is doing.

Following the link you can have the instructions for all these things: it’s not difficult, but you need to know some basics about Linux and command line, especially to compile Icecast. I liked this project very much, so I believe that whenever I’ll have a baby I’ll fire up my Javascript editor to give myself a frontend to stream the sound from the Raspberry’s microphone to my PC through a simple web page, without me and my wife having to mess with building streaming servers and running command lines.

One of the funniest things I saw as an application for a Raspberry Pi is the modding of an Hasbro R2-D2. Particularly, Andrew Langley hacked his R2 in a wonderful way. Directly from his post introducing the architecture:

After switching him on, R2D2 will automatically boot into a custom Python script that I wrote. This establishes a web server that can be accessed by any browser. This web page gives players the control to move him around and rotate his dome left and right. On the page itself, clickable buttons can play any sounds that are on the USB flash drive. Users can also toggle the video projector to turn on and off, and play a movie file on command. This video is projected to a surface directly in front of R2. During his operation, a webcam mounted inside R2D2′s dome will send a video stream to the web page, allowing you to see what he sees. Nifty, eh?

So nifty, I literally loved Pi2D2. It can do a lot of things, like go somewhere and stream a webcam sight to your PC, so you can see what is sees (and this is so helpful when you want to scare your cat), output sounds like the traditional Star Wars robot (or some music, you know, somewhat by Metallica), and beam videos on the wall thanks to a tiny projector. On the link we provided you can find all the needed informations to build your Pi2D2 yourself, and start playing around with your family, or your cat. Or just watch a Star Wars movie on the wall, casted by R2.

Say you have an old RC car in some box, that remembers once you were a boy with so much toys and games. Wouldn’t it be neat to give a new spin to those wheels with a Raspberry Pi, and your Android tablet as a radio-commander? My friend Andrea Stagi finally did it, and I’m so glad to introduce you to Chickenfoot, the software that with a Raspberry Pi puts your tablet in control of your old RC car.

This is not a finished software, but keep an eye because it’s a rapidly growing-up project and in some weeks you will be able to say to your friends: “I configured my RC car using JSON”. Clearly, the software is all Python-powered stuff, and you must use the JSON configuration file to specify what modules the Raspberry must contact, how many pins do they have, and more.

This is a complete rewrite of what Chickenfoot was some time ago; you can see a video of the previous version below.

A lot of people love to play arcade games, and in the nerd universe retrogaming is a practice that has increased along the years. We can satisfy our thirst of games and childhood giving our Raspberry Pi a spin of MAME, plugged to a monitor and a proper joystick. All of this stuff, obviously, must fit into a nice case, to give life to our wonderful retrogaming machine. On the Raspberry’s blog there’s a special tag for this kind of contents, and we can get posts as much as we want on what to buy to make our personal machine (especially joysticks), or which monitor is best to achieve a satisfying result.

We can simply install MAME on our “console” and have it running our favorite arcades, or we can be more precise, more perfectionist and package a full-featured cabinet to remember with our friends those times of Hadoukens and Shoryukens.

A bonus tip for you: run Wolfram Mathematica for free

One of the most intriguing points that made me buy a Raspberry Pi is this: Wolfram, the popular software house behind Wolfram Mathematica and the maths-themed search engine Wolfram Alpha, packaged a Raspberry-optimized build of its Mathematica software and made it available for free through an official dedicated website. In this way you can build your so-much-powerful tiny calculus machine based on an ARM CPU, running one of the best (even if not open source software) applications to solve your complex equations.

To achieve this, you have to simply build your own Raspberry-based workstation, plugging the board to a monitor, a keyboard and a mouse (optionally, you’ll have to find a suitable case to make the board good looking too). Having successfully crafted your little low-cost workstation, you can obtain the Wolfram Language and Mathematica package easily, grabbing it from the official repositories of Raspbian OS, the official Linux distribution by Raspberry Pi Foundation.

That’s it: you now have a powerful tool to help your scientific researches. Enjoy!