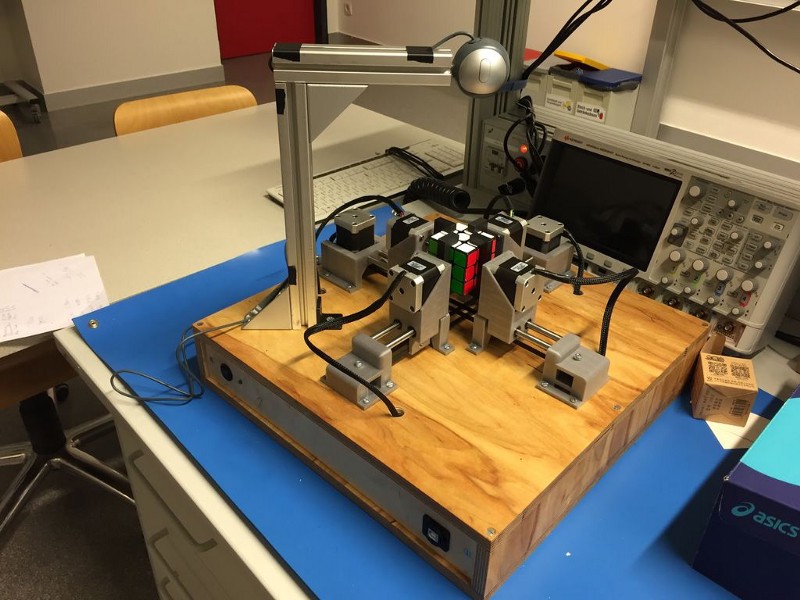 If you have a Rubik’s Cube lying around your house unsolved, maybe this open source machine might be just the thing.

The Q-Bot features six NEMA 17 stepper motors, four of which turn one face at a time. When needed, the other two use timing belts to alternatively pull opposed stepper motor pairs back, allowing the other two to rotate the entire assembly. An Arduino Mega is utilized to control the steppers via a custom shield, with a computer running the Kociemba’s Algorithm.

All you need to do it yourself is:

Code and schematics are available on the Jocobs’ write-up. Watch the demonstrative video below for further information.