Poppy Turns iPhones into a 3D Camera from Kickstarter 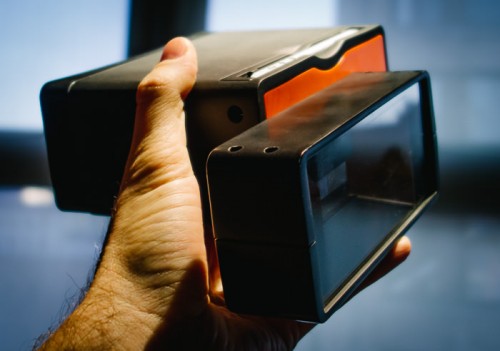 the first device in the world that turns an iPhone into a 3D camera capable of capturing, viewing and sharing full-motion, full-color video and stills in 3D.

How does it work?

When you look in the viewfinder, Poppy’s lenses combine the two video streams into a single, crisp, 3D video. It’s beautiful, and really hard to describe or show in two dimensions.

It doesn’t need batteries and there are no electronics. It’s just optics and your iPhone’s camera and screen, so we can keep the price low without sacrificing quality.

via Poppy: Turn Your iPhone into a 3D Camera by Ethan Lowry & Joe Heitzeberg — Kickstarter.

That’s not open but it’s incredibly clever and cool :)