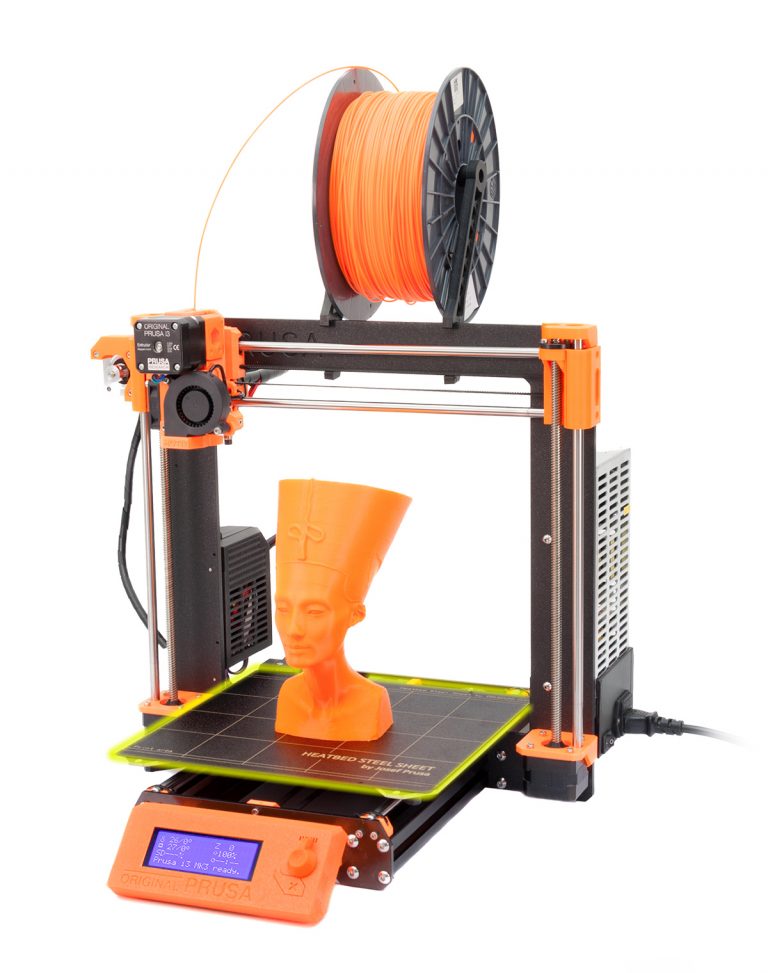 Prusa Research releases the new, fully improved, Original Prusa i3 MK3 3D printer. The new features offered by the MK3 are largely to help extend its usability, and encourage 3D printer adoption by casual users.
Developed in collaboration with Tennessee 3D printer component manufacturer Ultimachine, the EINSY RAMBo motherboard, says Průša, “is the most advanced 3D printer board out there.”

The MK3 also comes with a range of smart sensors to help pause and recover prints when something goes wrong:

In addition there’s an improved, flexible print sheet to help in post-processing; and other additions under the hood that generally make the MK3 Prusa’s smartest 3D printer yet.