Origibot2 is an Advanced Telepresent Robot Platform with Arduino 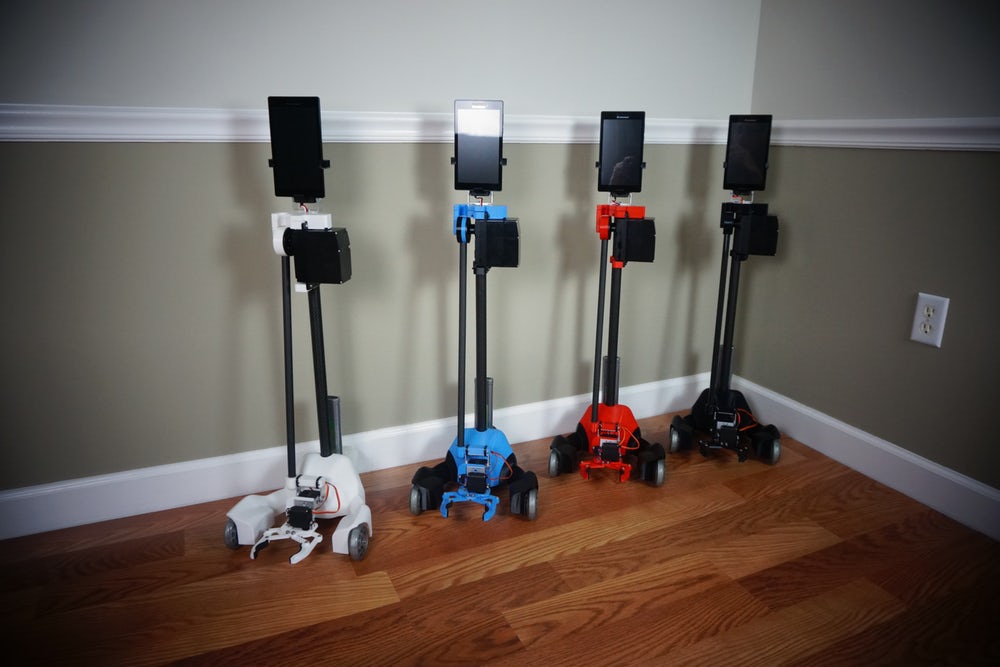 Made by Origin Robotics, the open-source Arduino-based robot is a successor to the company’s previously-released Origibot. Like that model, it’s equipped with an included Android tablet, and can be remotely-controlled via an iOS/Android/Windows/Mac web app from anywhere in the world with internet access. You get two-way audio and video in addition to full control of the robot and its arm + gripper.

The Origibot2 Advanced Telepresence Robot Platform combines 3D-printed plastic parts with a carbon fiber structure that makes the platform incredibly strong, sturdy, and light, which is a trait often lacking in life-size robotic creatures.
The app also let you control the fully-articulated arm and gripper, though, making it possible to grasp, lift and carry objects.

ORIGIBOT2 is our advanced robotic platform (with arm & gripper) that pairs with the included Android tablet and our free app to become a full telepresence solution. It has been updated with a new sleek design incorporating a carbon fiber structure making it light and super strong. You connect remotely from anywhere in the world on most any device with an Internet connection (Android, iOS, Windows, Mac). Since it is powered by Arduino, you can hack it to make it do almost anything.

The Arduino-powered ORIGIBOT2 Telepresence Robot Platform with Arm & Gripper just started on the Indiegogo crowdfunding platform and has a Super Early Bird Special of 40% Off at $599. The planned retail price is $999.