Orange Pi is working to steal the throne of Raspberry Pi 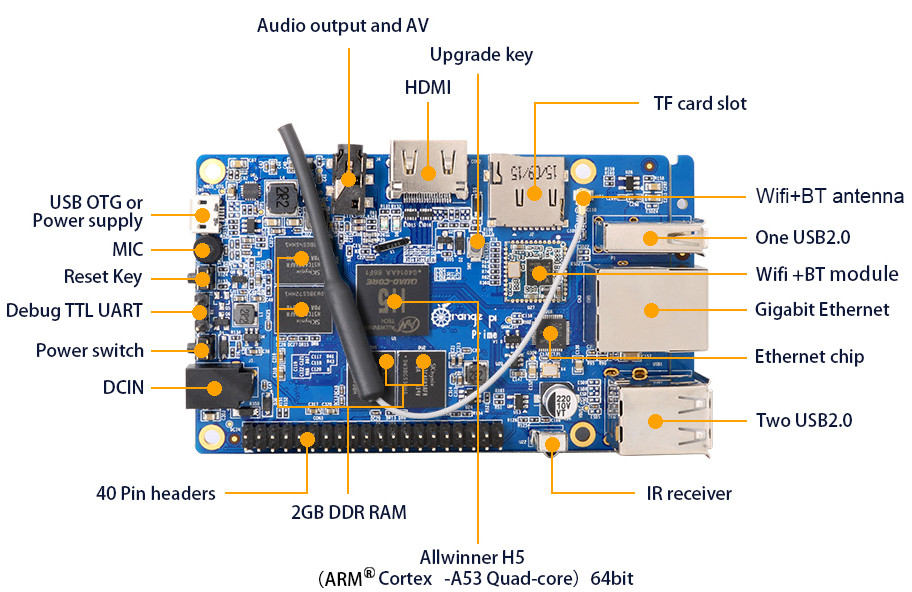 For sure there’s still a long way to go, but Orange Pi is working hard to achieve his rival: Raspberry Pi.

They are trying to customize their boards to meet a wider set of computing needs. Just a few days ago we spoke about two new Orange Pi boards: the 2g IoT and the Win/Win Plus.

Now is time to introduce you the latest board computer: the Orange Pi Prime.

It is almost identical to Raspberry Pi 3 in terms of features, but the Orange Pi Prime has better graphics by using a Mali-450 GPU, which can process 2K video.

Other features on the board include 2GB of RAM, Bluetooth, Wi-Fi b/g/n, three USB ports, and an IR receiver. It also has a Gigabit Ethernet port and other common expansion ports found on developer boards.
It also has an HDMI port to connect displays.

The board supports the Android, Ubuntu, and Debian operating systems. The Aliexpress website says the board will support a Raspberry Pi OS image, which likely means the Linux-based Raspbian OS.

Below you can find the specs: